Back in the spring of 2011, I found myself having gone a few weeks without flying my powered models due to strong winds. So I bought myself a cheap, foamy slope soarer, thinking it would give me something to fly on those windy days when my powered planes were grounded. I bought the Flyingwings Hawk, and it being my first foamy plane, followed the instructions and built it.

I took it up a local slope on Twmbarlwm and I was immediately hooked on slope soaring. I've hardly flown powered since.

Well after 3 years I thought it was about time I gave it a new lease of life and have stripped it of its GF and packing tape and recovered it in " New Stuff", or laminate, which is heat activated and doesn't shrink. It offers light weight with incredible strength, so much so that GF tape isn't needed.

I just have a few little things to do to it, connect the servo linkage, add some vinyl decoration and put it back together again, ie, attach wing to fuz and the fin. 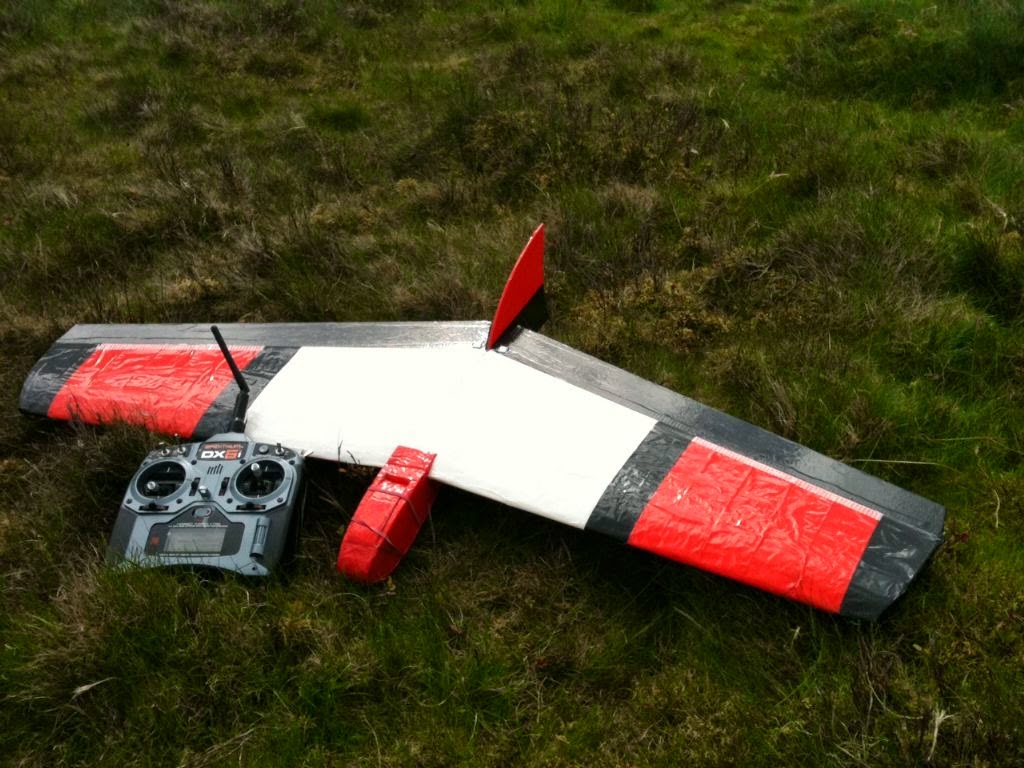 And then it stripped of its clothes 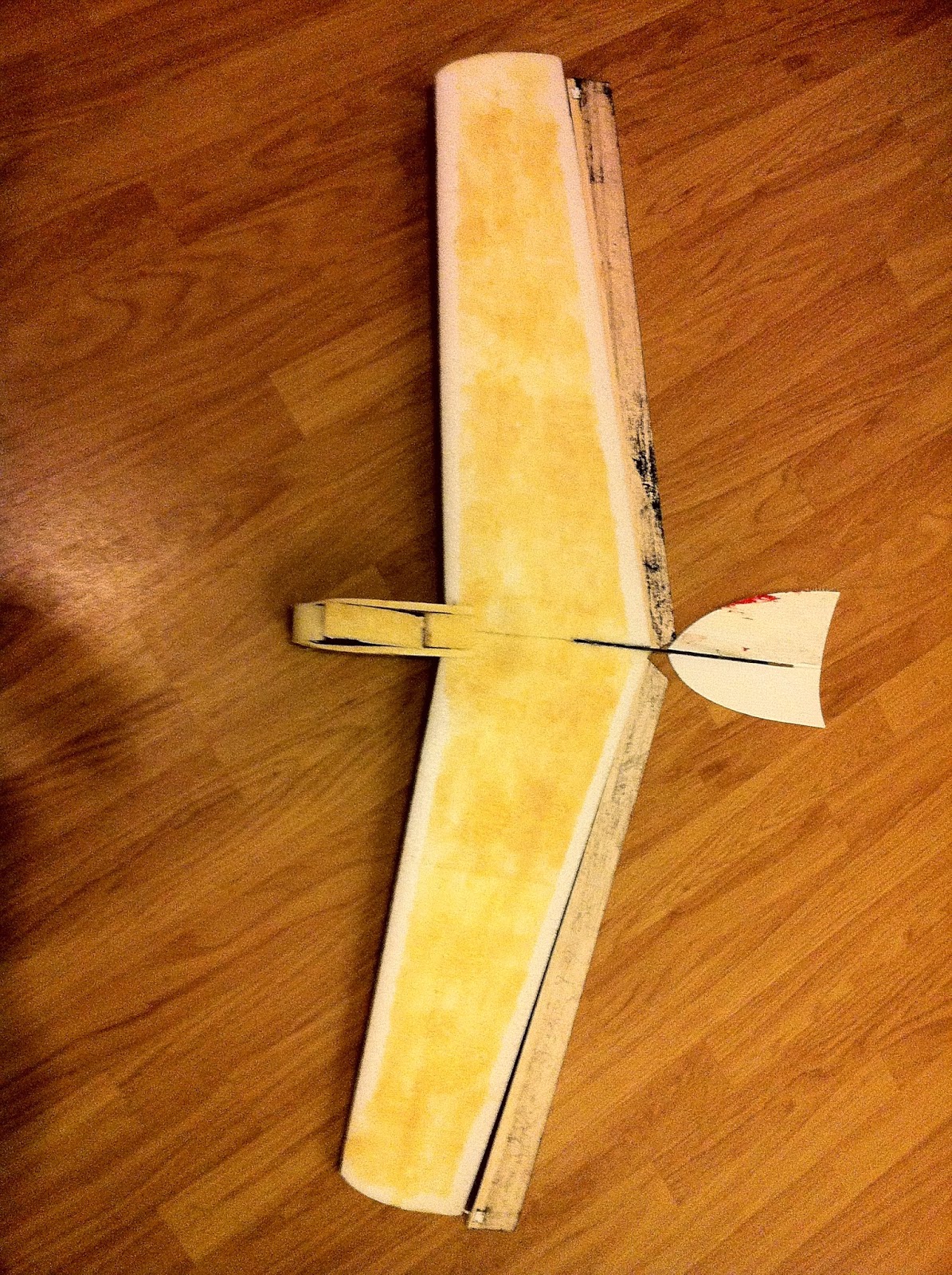 Rubbing down and filling 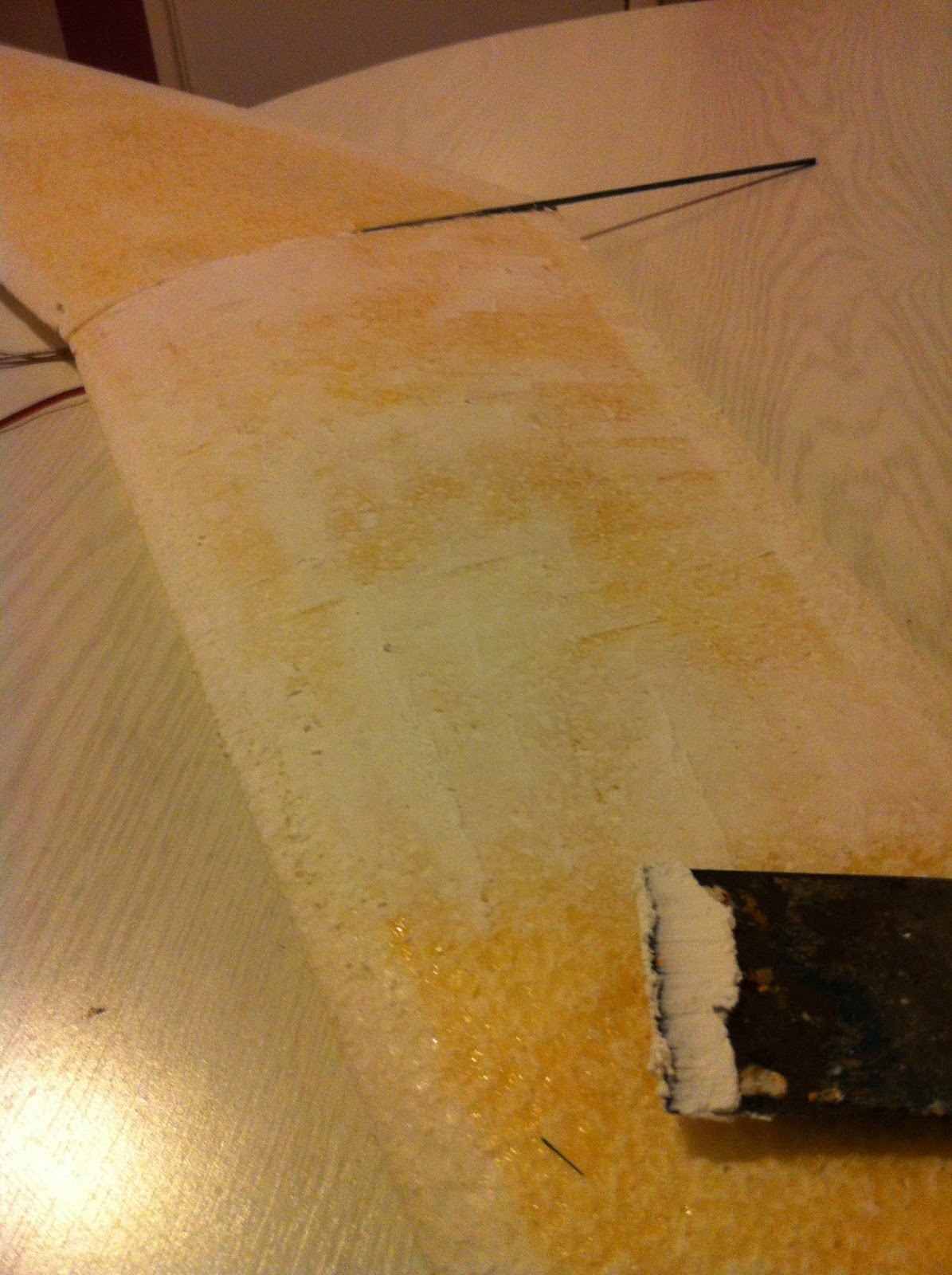 Ironing on the New Stuff 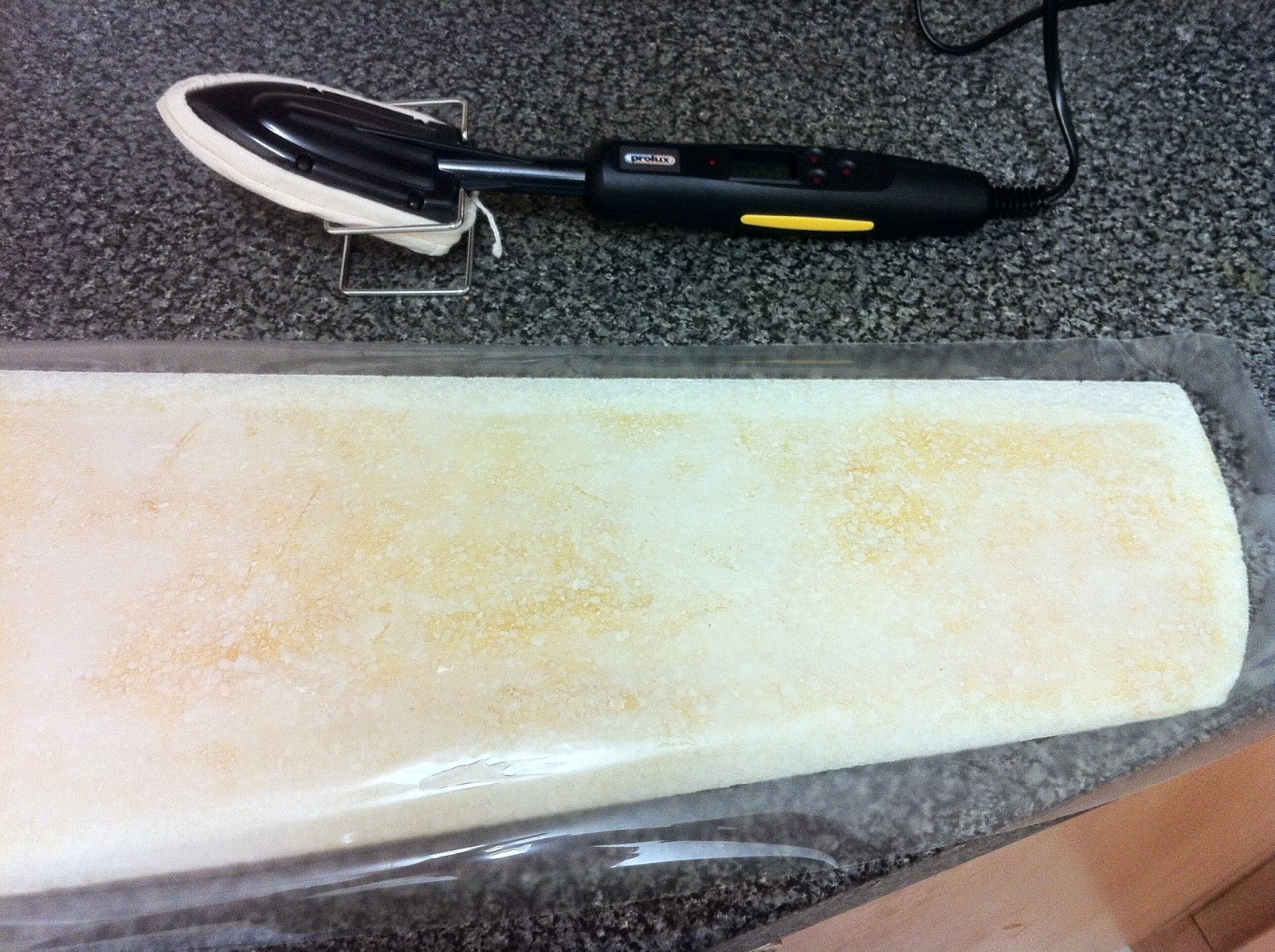 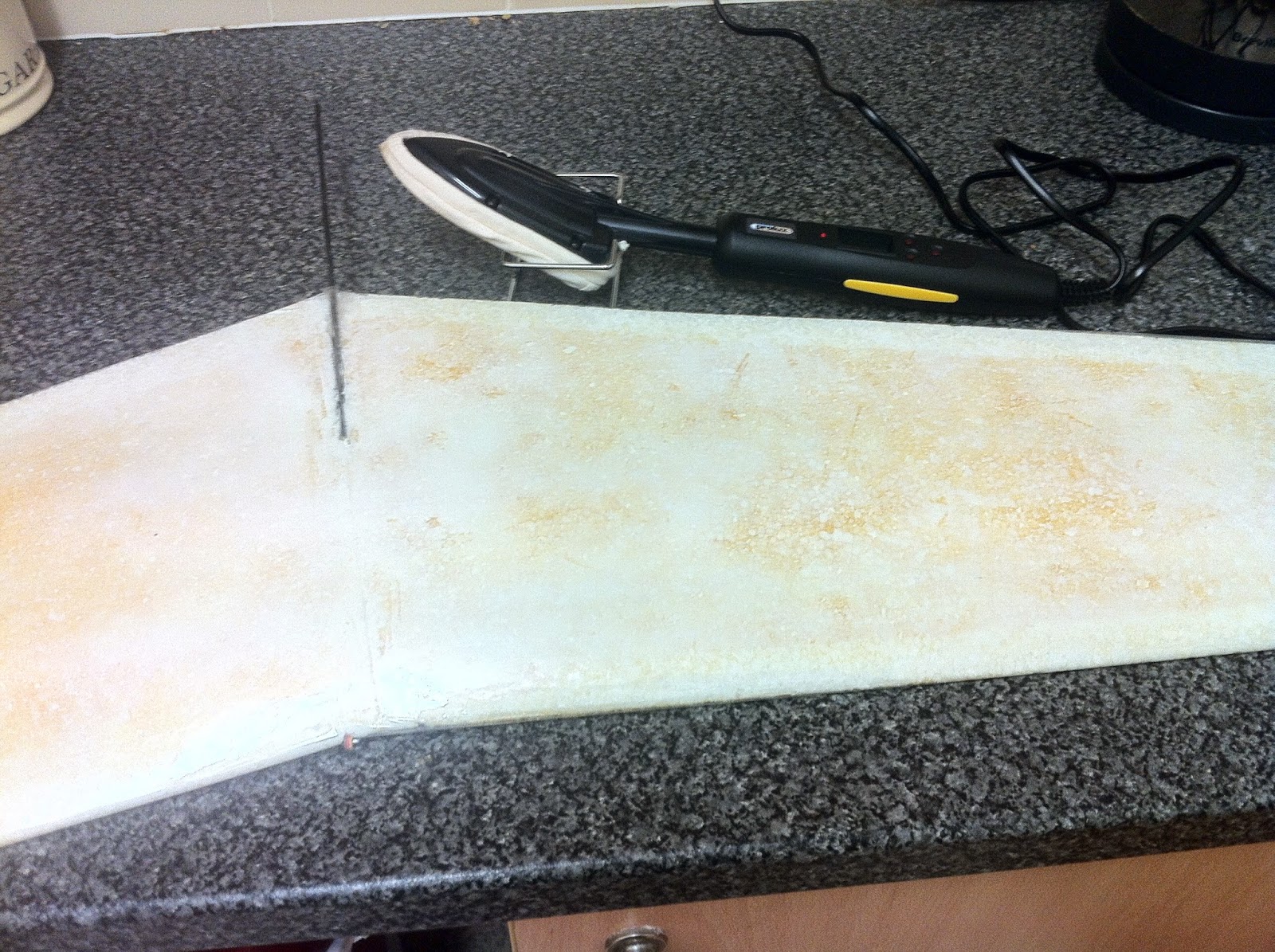 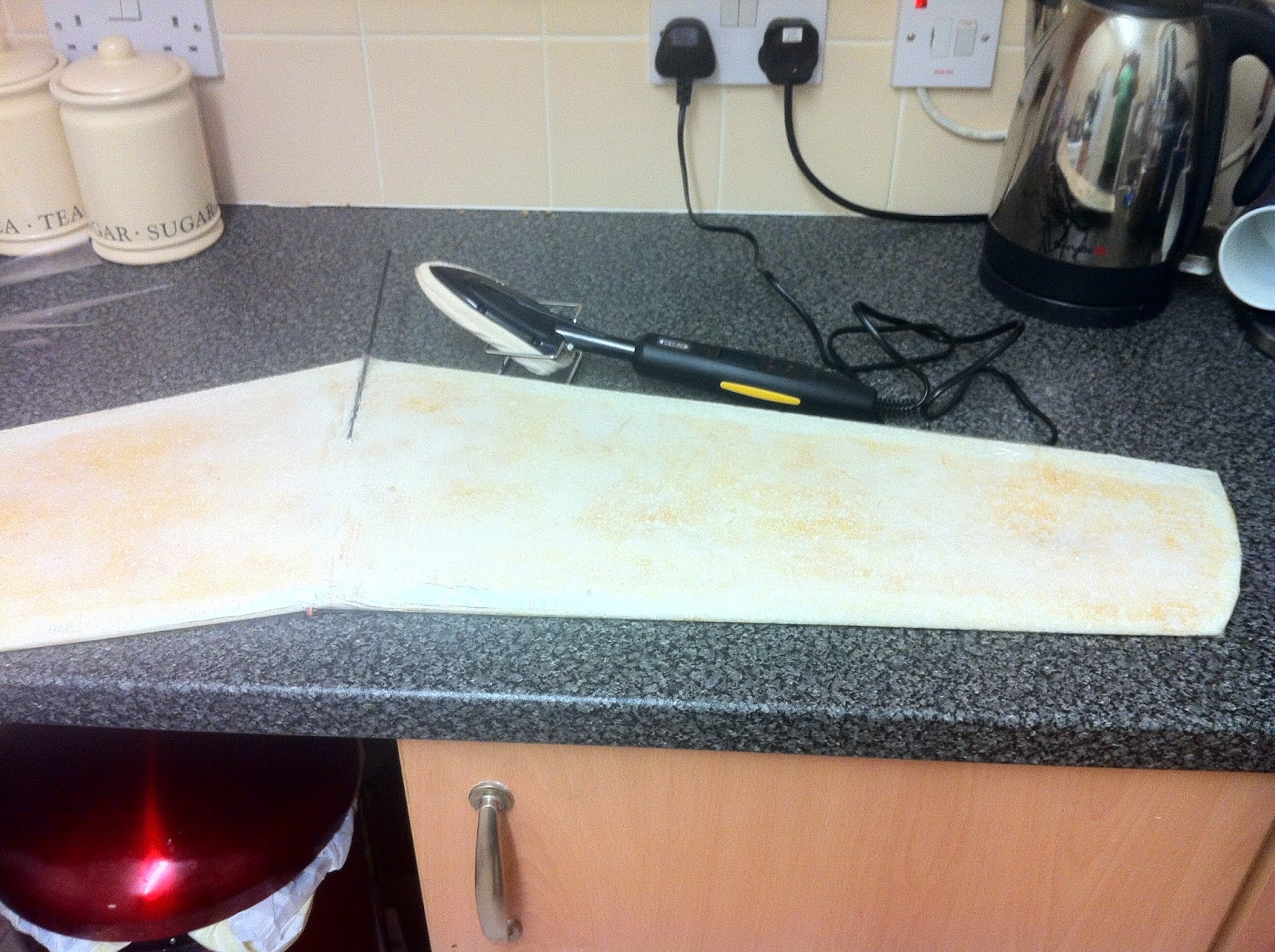 Watch this space for the completion
Posted by SteveH