I met up with Nick Rees on Saturday at Manmoel Common for an afternoon session.

The wind was supposed to be coming from a ENE direction, however when I got there it was definitely slightly off face and a NE, so we would have been better going to Fochriw. However, we decided to stick it out at Manmoel.

I rigged up the 213 which now has its new livery. 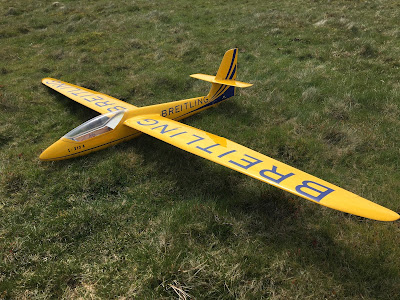 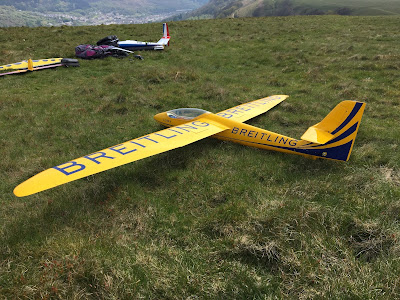 After making  repairs from my landing out the previous weekend, the CoG had moved slightly and it was a little nose heavy, but the flight was fine until I discovered after landing that one of the flap servo mounts had come a little unstuck, so that needs sorting out this week.

Nick had brought along a NCFM M60 and a 3m Pilatus B4. However, I think the 30 mph wind was a little too much for the B4 and during the flight we could see the wings flexing quite a lot, and then suddenly they appeared to have an extraordinary amount of dihedral, so something had obviously gone wrong and Nick quite rightly decided to try for a landing.

Fortunately the ailerons and air brakes were still operative and amazingly he managed to land it safely, as you can see from the following photographs. 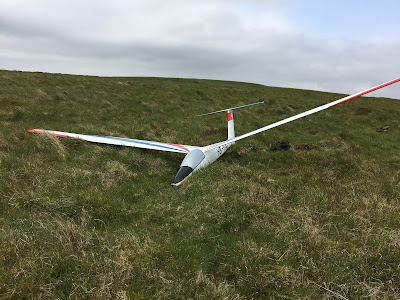 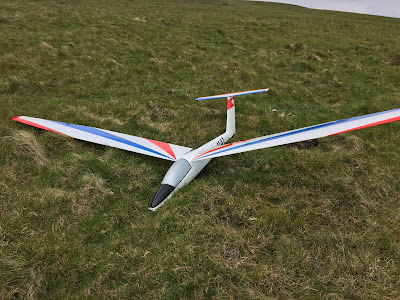 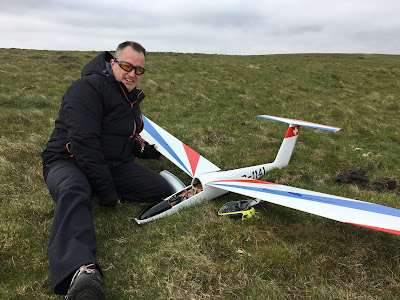 Nick had replaced the carbon wing joiner with an alloy one, and in that wind it just wasn't up to the job and it had bent. I think he will resume using the carbon joiner.