A Summer Soaring day with Paul

On Saturday I met up with Paul from Slope Soaring Sussex at The Bwlch. Upon arrival I was expecting a north westerly wind which had been forecast, but instead the wind turned out to be northerly which meant flying on the VR98 slope. This isn't a bad slope but certainly not as good as the north west facing Ice Cream slope, and with a road directly behind the flight line, landing is always challenging.

The wind was light but there was enough wind to cruise around with something light or a large wing area, Paul had his little Zulu foamie and his Ascot F3F/B whilst I took my Genesis chevron wing and Heron. 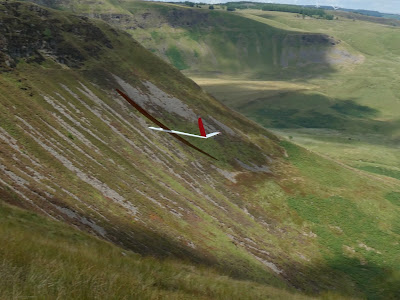 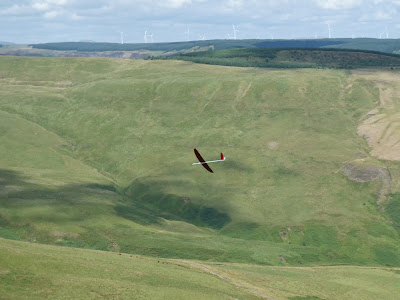 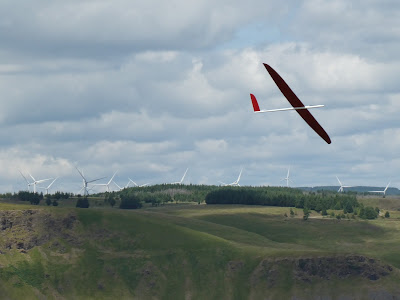 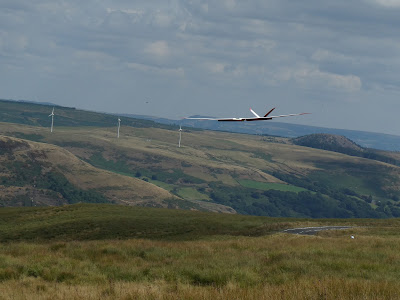 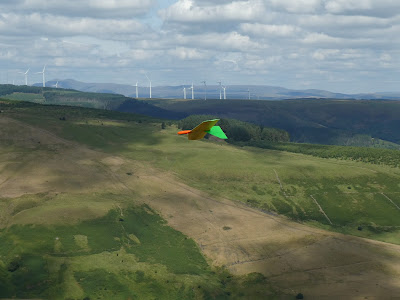 During a break in the flying Paul and I were chatting and I mentioned another good slope to fly in a northerly, Hirwaun Common, a cracking slope but one I haven't flown in probably a couple of years. I think that when a northery does blow, everyone locally just instinctively heads to the VR98 as they don't want to drive the extra distance to Hirwaun, or have to walk for 10 - 15 minutes once they park the car, but in my opinion Hirwaun is a much better slope than the 98.

Anyway, Paul suggested we take a drive up the Rhigos mountain road to Hirwaun, and what a good move that was. Once we'd parked the cars, we walked for about 10 minutes and discovered that the wind was blowing north westerly up there, and not northerly like on the 98.

The views across this open expanse taking in the Brecon Beacons and the Black Mountains is spectacular, and with the old Tower Colliery directly below us we launched models into the silky smooth air and we had a great time.

The time flew by and before we knew it, it was time to pack up and head for home. Thanks Paul for your company and a fun days flying.