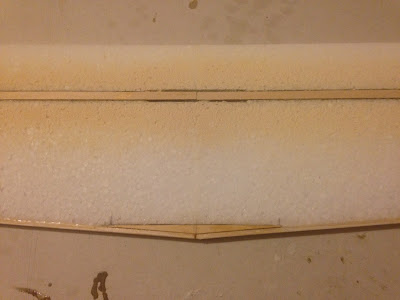 In the mean time, whilst glue has been setting during the above tasks, I made a start on the fuselage. 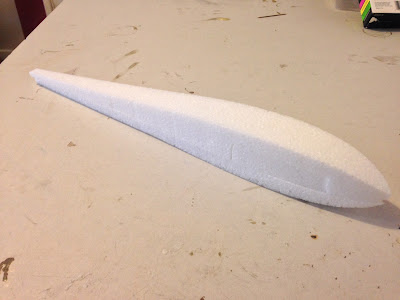 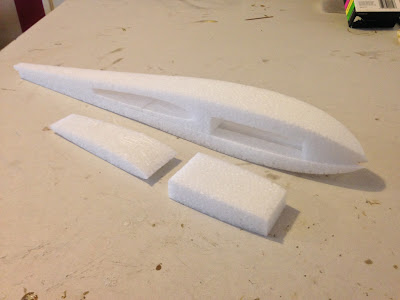 The carbon tube longeron supplied is glued into the slot which runs almost the full length of the bottom section. Enough epoxy is supposed to be mixed so that the glue is pushed up the sides of the longeron and then fill the gap above to the fuselage top, totally encasing the longeron in epoxy. However, I'm trying to keep this build light so I only used enough epoxy to glue the longeron in place. It's certainly secure enough! 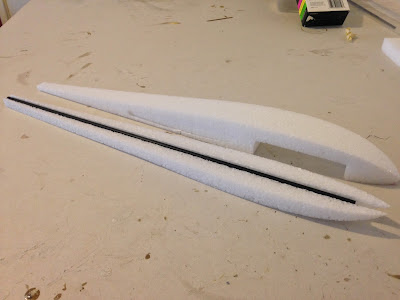 I then made provision for adding a switch as the hole for this was going to be easier to make before the fuselage top was glued to the bottom section. 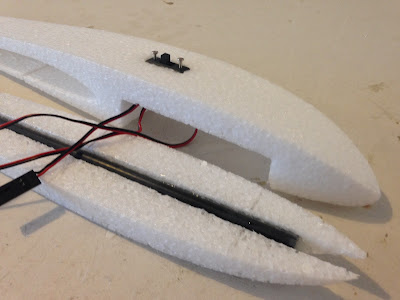 Instead of the recommended epoxy, I glued the two halves together using UHU POR, which is more elastic in nature, epoxy is quite brittle and I'd rather there be a little give there.

In the picture above, you can see there is a slot in the nose where the longeron ends. This slot is filled with a supplied piece of foam dowel and just glued into place. 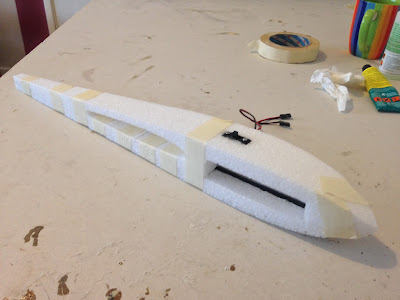 Once the glue has dried, the shaping of the fuselage can begin by using a blade to shave off 3mm of foam from each corner and then sanding smooth and to shape. 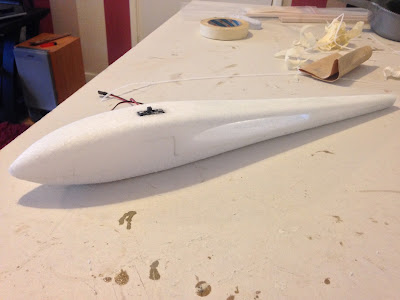 I couldn't resist putting the wing into the fuselage for a cheeky look. 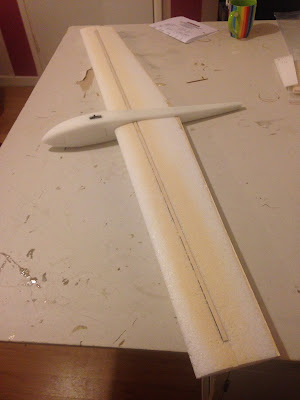 So the next jobs are to shape the wing tips and add the rear wing spar before looking at fitting the servo's.

I've read on one of the forums that it was recommended to make a ply box to fit the servo's into as over time the foam around a potted servo compresses and makes the servo loose. This is something I haven't experienced before with an EPP model. Usually what I do is wrap the servo in masking tape and use a large blob of hot glue to secure it in position, so that the glue comes up the sides of the servo, the servo then is secure and doesn't move, but also, by using the hot glue, the servo is easily prized out should the need arise.

This is something I shall have to think about, but my instinct is to use my tried and trusted method.