So just before Christmas I took delivery of my Valenta models Inteco L-213A. 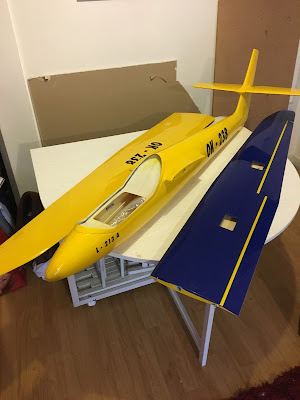 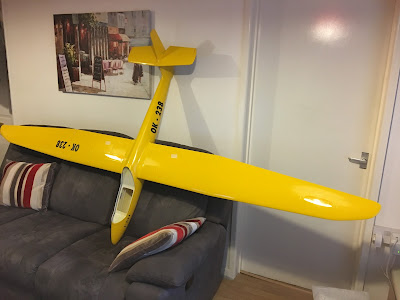 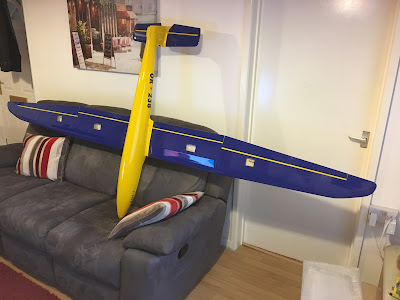 Now having never previously assembled a fully moulded glider, I was a little apprenhesive about this but, at each stage of assembly so far, I've sat down and thoroughly thought out how I was going to proceed, and as it turns out, it isn't as challenging as I thought it would be ............... so far.

So I started under the cockpit canopy at building a servo/radio tray and fitted 2 x 2000 mah LiFe battery packs with a switch for each with a built in digital voltage readout. I've just taken delivery of the rudder servo I'm going to use and I am awaiting delivery of a pull pull rudder servo mount, which means that the closed loop wires can be tightened very tightly without causing stress to the spline/gears of the servo. 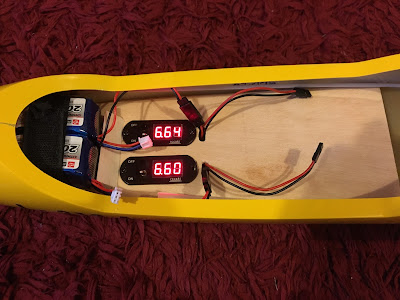 So looking for something else I could do whilst awaiting parts to be delivered, I've sorted out the tailplane and elevator control. 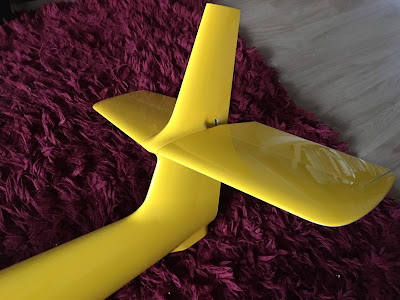 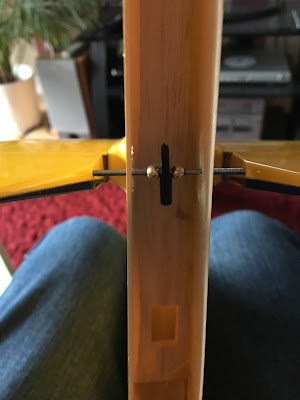 Then I've temporarily fitted the wing root MPX connectors for the ailerons, flaps and spoiler controls. 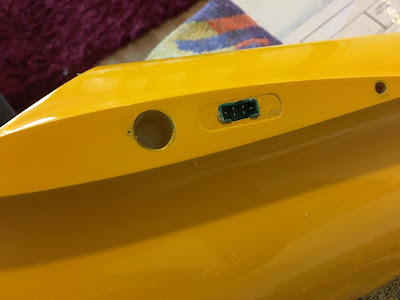