Maiden flight of the rebuilt Polecat

Flipping eck it was cold standing in the snow on the VR98 slope at the Bwlch. And I was the only one brave or foolish enough to go flying today.

It was 0°c and the first snow of the season when I chucked the newly rebuilt Polecat off the slope. It immediately dived, bounced off the snow then headed off into the blue sky. A few clicks of up elevator and two clicks of left aileron and she was flying like a good un.

Landing is usually tricky on the VR98 with the road being only a few metres behind you, and it took me three attempts to get her down as she was coming in so quickly, but get her down safely I did and I look forward to giving her another flight tomorrow. 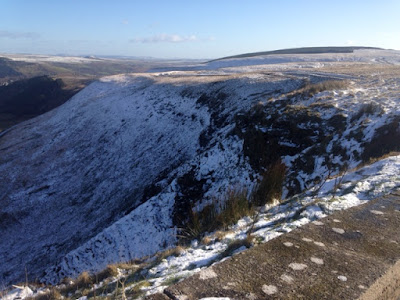 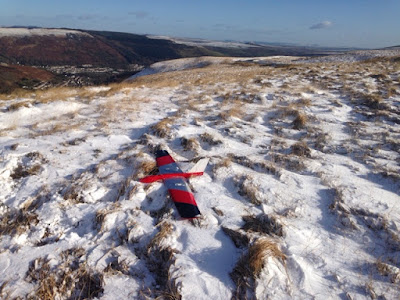 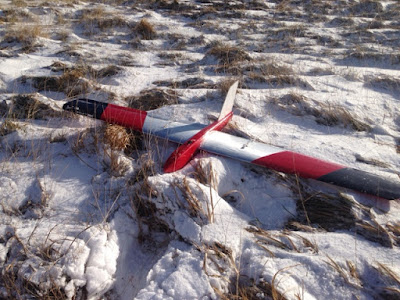 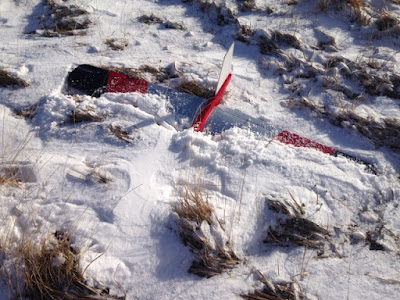