Saturday 26th
Well, what a weekend that was! I met Mark up on the Crest, the wind blowing +30mph which equates to, well, an awesome amount of lift.

Mark was flying his Ballistik, a Ron Broughton designed and built chevron wing, fully ballasted and weighing a ton but was living up to it's name on the Crest. However, Mark over cooked a multiple roll to close to the cliff face and it ended up as part of the cliff, about 20' down from the lip. Ordinarily it would have been fairly easy to retrieve, however in that wind we decided to play safe and leave it there until the following day.

In the meantime, Roger turned up, glider in hand and looking thoroughly knackered. He had lost his glider at the bottom of the cliff the previous weekend, about 500ft down and had just retrieved it. So leaving Roger to recover and catch his breath, we walked back along the Crest to collect his back pack 2 models, an RCRCM Dorado and an X Models Stingray, the later being ballasted to 7.5Kg. Chris then turned up with his Mini Vec and Air One, I think, because he didn't get that one out of the bag.

Roger flew his Stingray, Chris his Mini Vec, Mark his Mini Grahite and I didn't fly as out of 4 models that flew, 3 were damaged on landing due to the horrendous rotor.

Sunday 27th May
On Sunday, Mark, Chris, Phil and myself met on the Crest, but in complete contrast to Saturday, there was barely enough wind to fly in the morning, but then the wind swung around to the south so we decided to pack up and drive down to the Meio.

When we arrived, the wind was still southerly and Meio is definitely a south west, but we marched to the top anyway.

So looking for some fun whilst we waited for the wind to swing around, we decided to have some fun by DLGing Phils Weasel. That kept us amused for a while before we headed back towards the edge of the slope where we discovered that the wind had swung to the SW and we managed some fun flying. We also managed to get Phils latest acquisition flying nicely, a Phoenix models Ban She.

Check out this weekends videos below:

Saturday 12th May
I met Mark up on the Ice Cream Slope at the Bwlch, the sun was out, big fluffy white clouds were floating across the sky, and huge thermals were coming through. The only problem with that was that they left in their wake a huge whole of dead air, as you can see from the following video's. Chris in particular launched his Experience Pro F3J straight into some of that dead air. Down and down she went, but Chris kept cool and managed to grab what little air there was and get her back to the top of the slope. Phew!

Saturday 5th May - Fochriw
The wind blowing a north easterly again, we decided to head up to Fochriw, which is where we were last weekend. We being myself, Mark, Roger and Chris, and between us I think there were 9 different models.
The flying was great with very fast air, some fantastic thermals and blowing about 18-20mph I would guess. The following pictures tell the story. 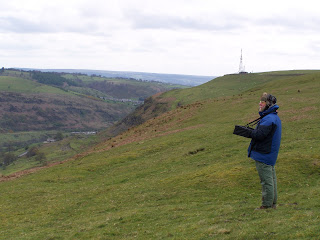 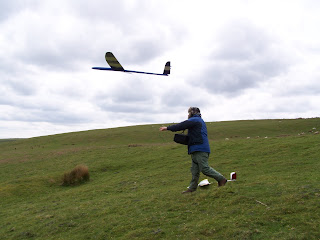 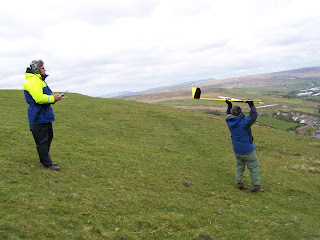 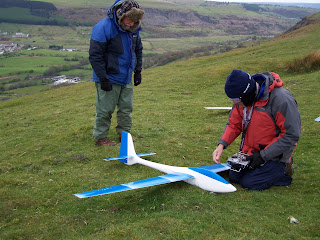 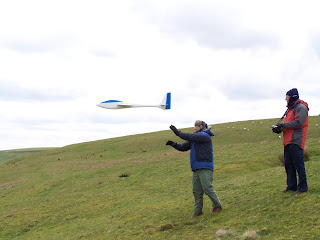 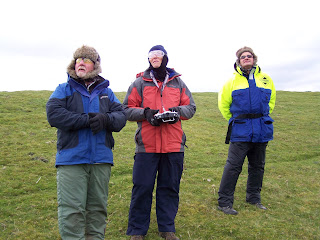 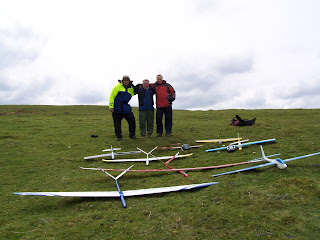 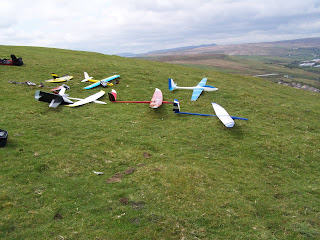