Well it's taken me a while, due to holidays, and having to repair existing models but, the Tracuer is almost complete.

For a foamie there was quite a lot to do, and messy too, having to router out various holes for the RX battery, the RX, servos and all the cables. There was foam everywhere. It's a good job I'm not married or her indoors would have something to say I'm sure. But I'm sure I do faff about a bit too. But it is a model that you have to think about when building as the instructions are nigh on non existent.

I did make a modification as well as to how the wing is joined to the fuselage. The carbon tube spar protrudes 20mm out of the wing at the root and enters the fuselage. Instead, I used a length of carbon tube of around 10 inches long, using it as you would a wing joiner on a moulded model, and slid over the top a short length of brass tube, just the width of the fuselage for the centre section. It's far more secure I think. The earth magnets supplied are surprisingly strong but I wanted the added security of a proper wing joiner. I'd have hated to have seen one wing come flying off during an aerobatic manouvre.

All I have left to do now is to permanently attach the tail feathers, connect the controls with snakes and rods, and add some colour. Unfortunately I'm away now for the weekend so that isn't going to get done until next week, but it's only an evenings work.

So what next? Well, I'd like to build more and so there is a new model available called the Red Eagle, a 2 channel, 2m electric soarer. Those of you who get RCM&E magazine will know it. It was designed as a cheap club project for club competitions F5J style. A full kit with plan and DVD is available, so that is what I'm going to do next as a precursor to building the Climaxx, a 2.5m soarer with 4 servo wing, this will be my winter project instead of festering in front of the tv after work on weekdays.

Post Addition 4th September
Well the Traceur is finally finished and just waiting to be flown but, I only have this Sunday available to fly and at the moment we're looking at 7 mph northerly's, so I guess that means either the VR98 slope at the Bwlch or, Hirwaun Common just north of the Bwlch. My choice would be Hirwaun because it is a much higher slope, (1000ft plus), has a better landing zone and, as there is an open cast coal mine at the bottom, it gets very good thermals. I feel this may give me the better conditions to maiden the Traceur. But we all know the weather man can change his mind so we'll see nearer the time.

Hopefully I will post some completed and flying pictures/video next week.

So here are some build pictures of the Traceur 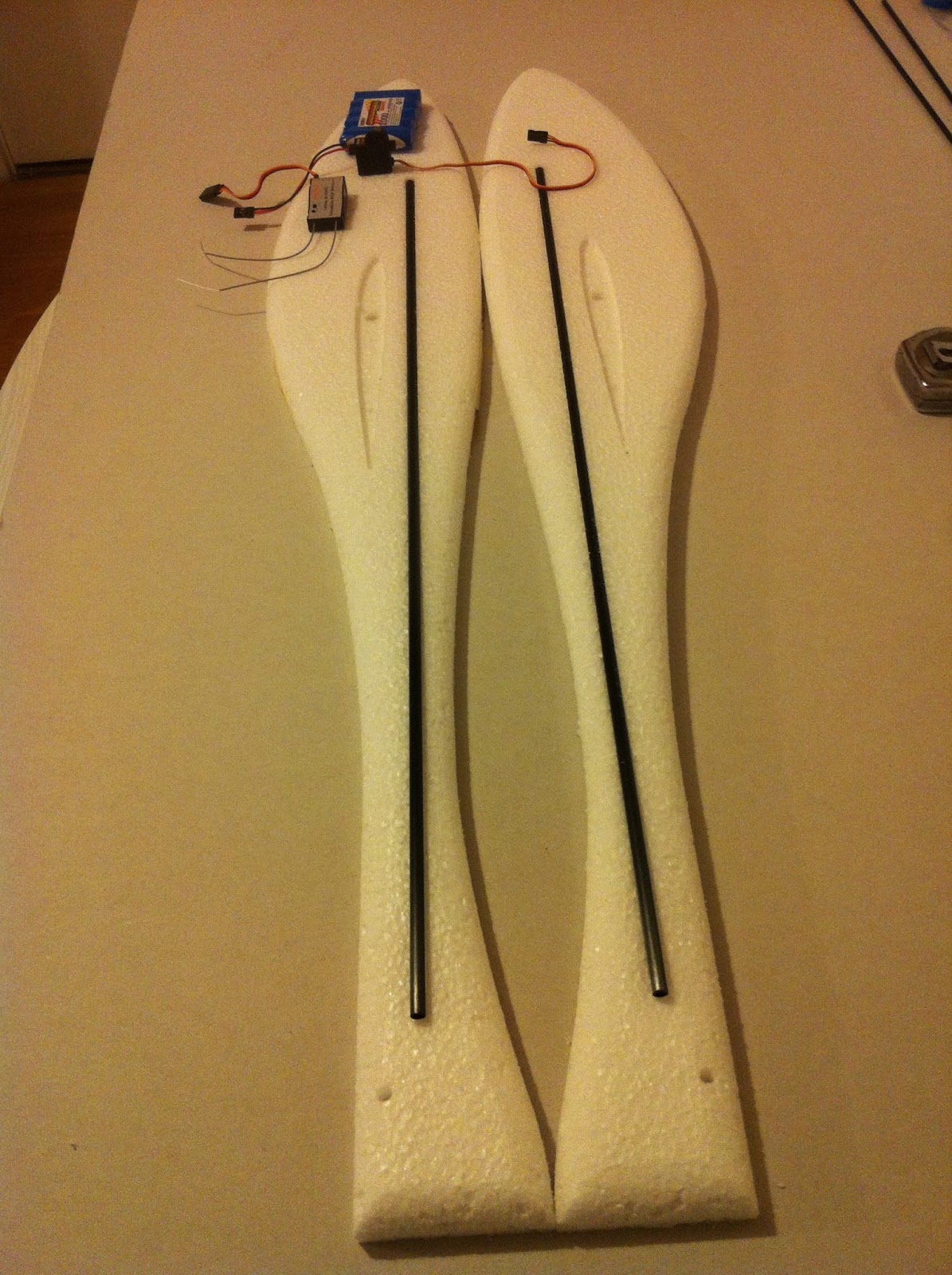 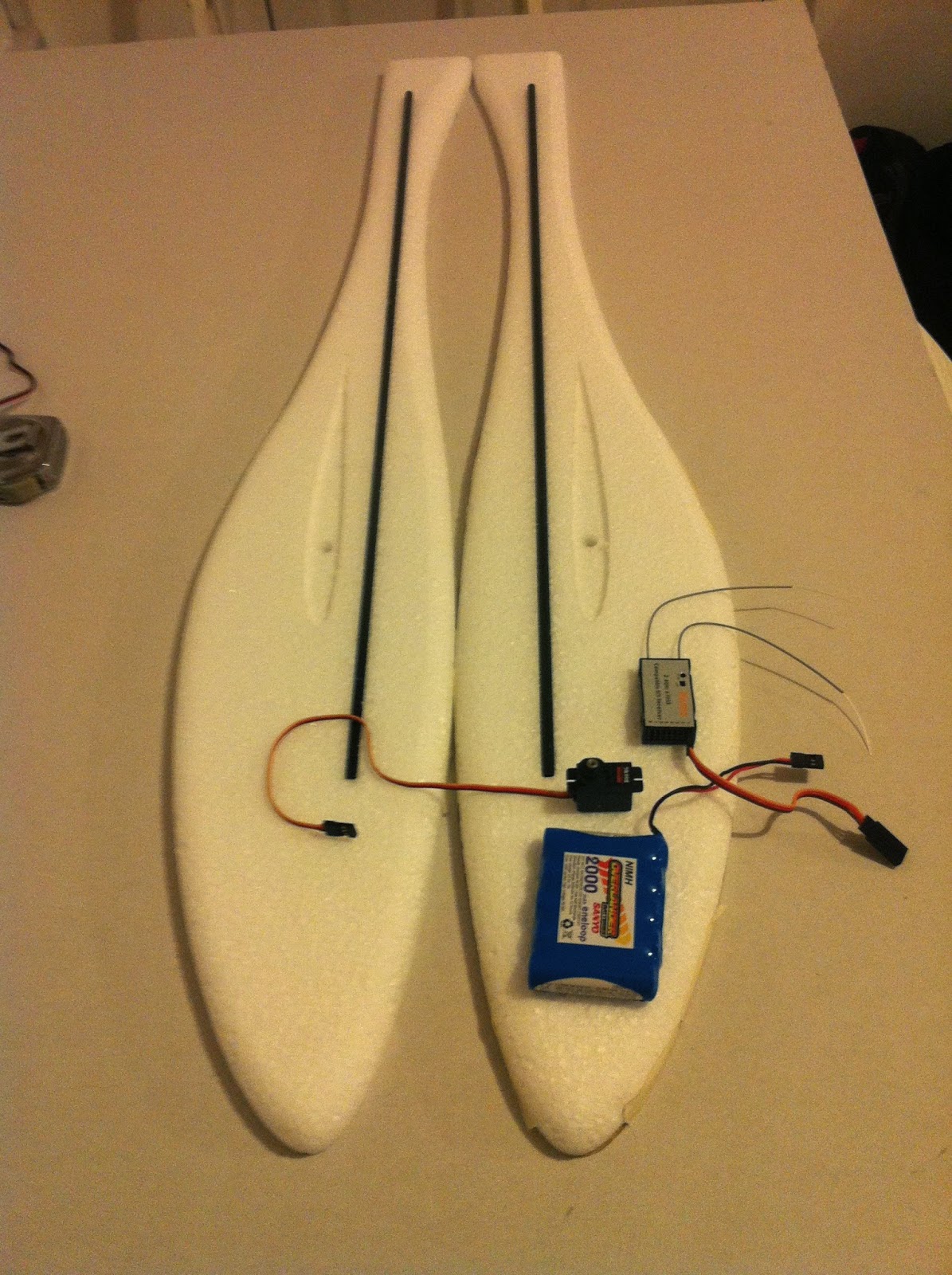 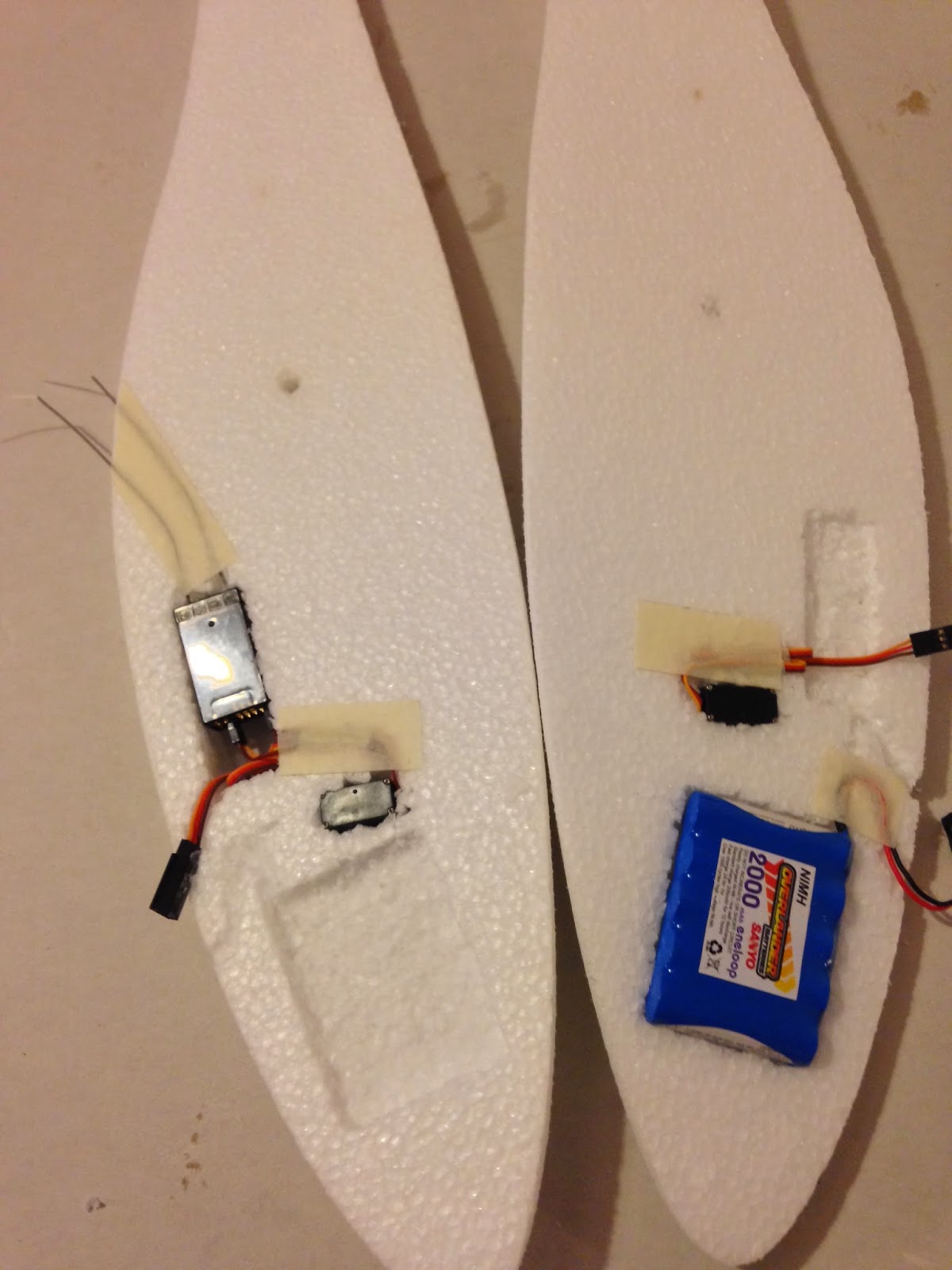 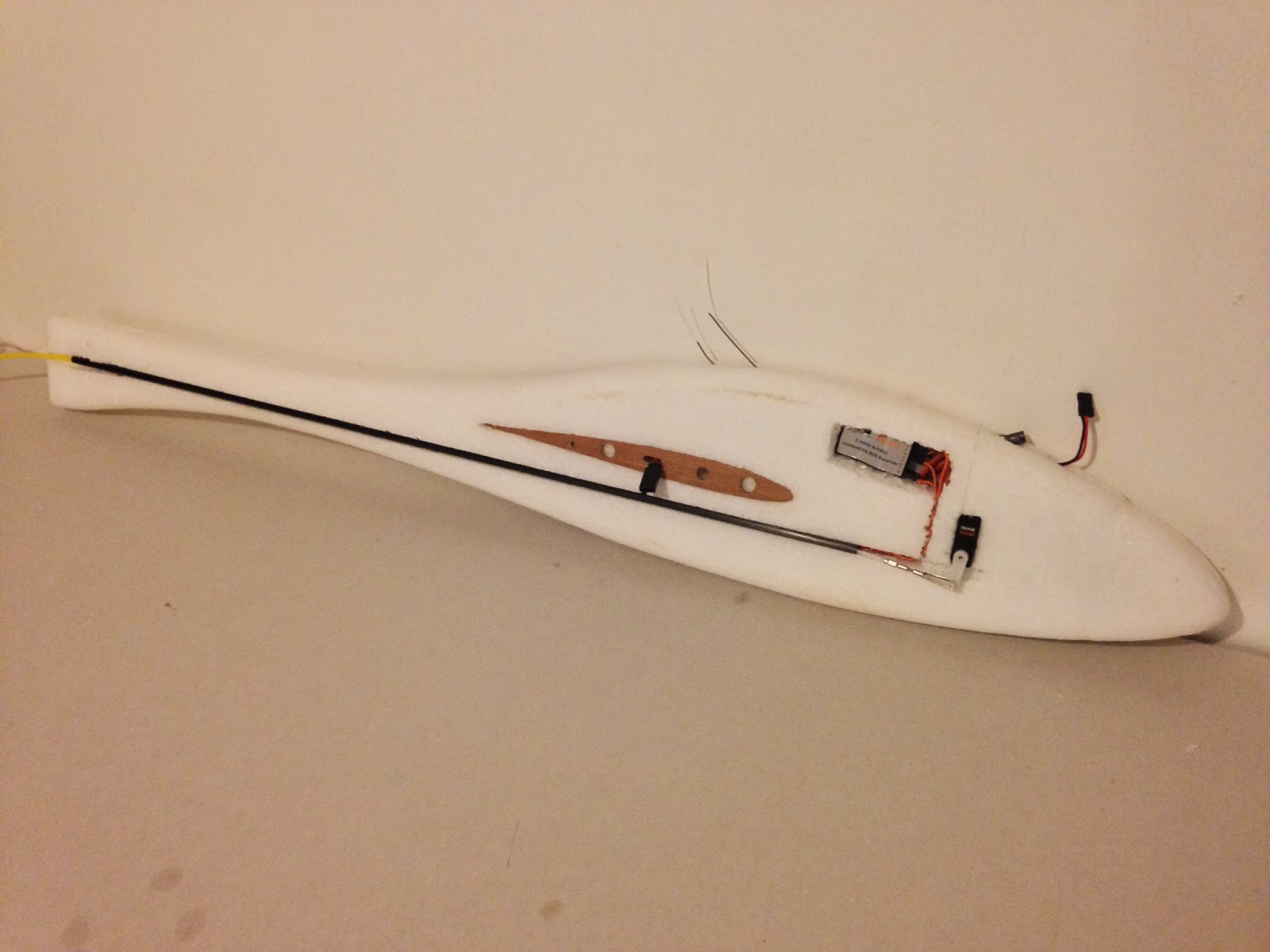 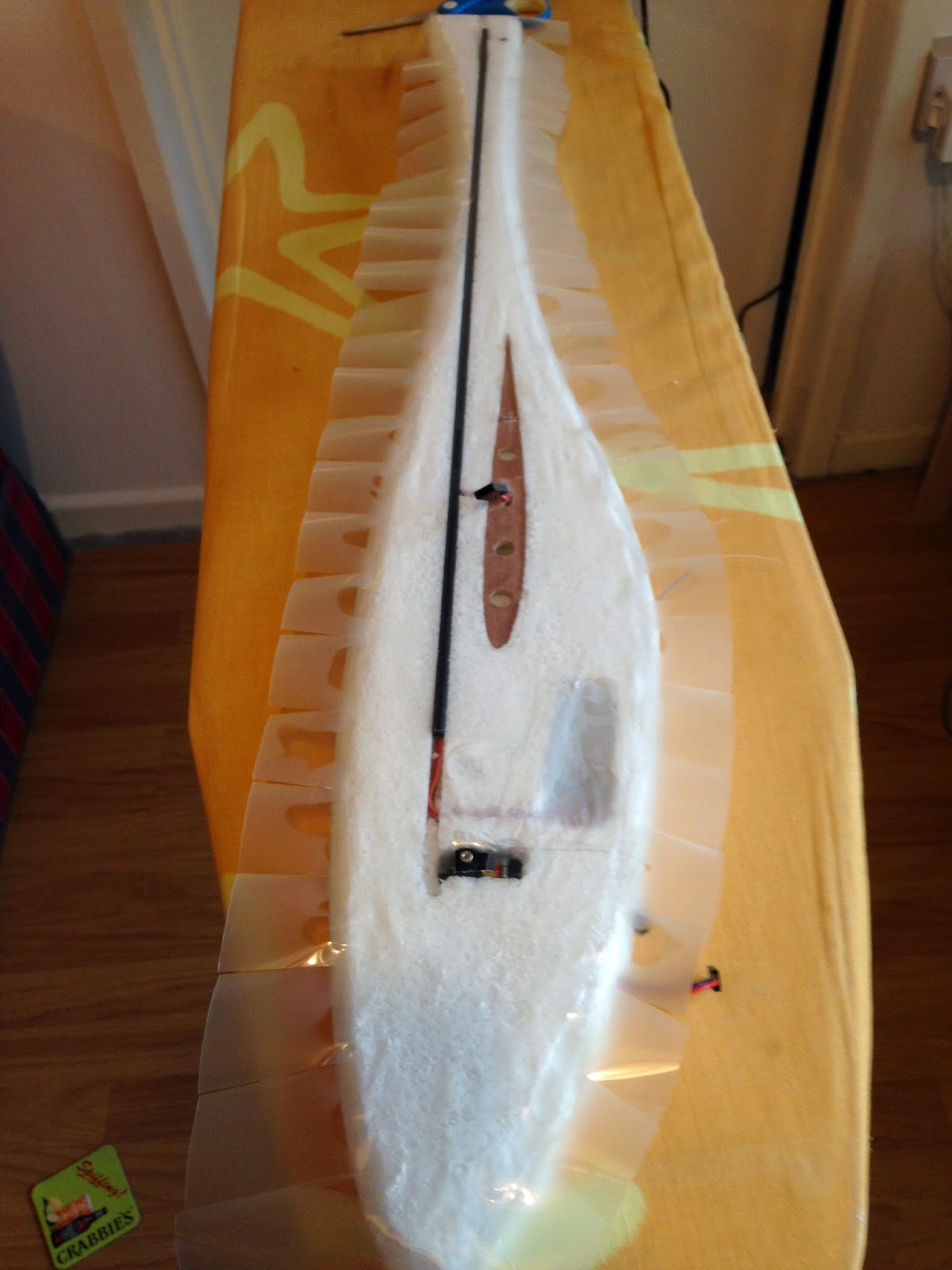 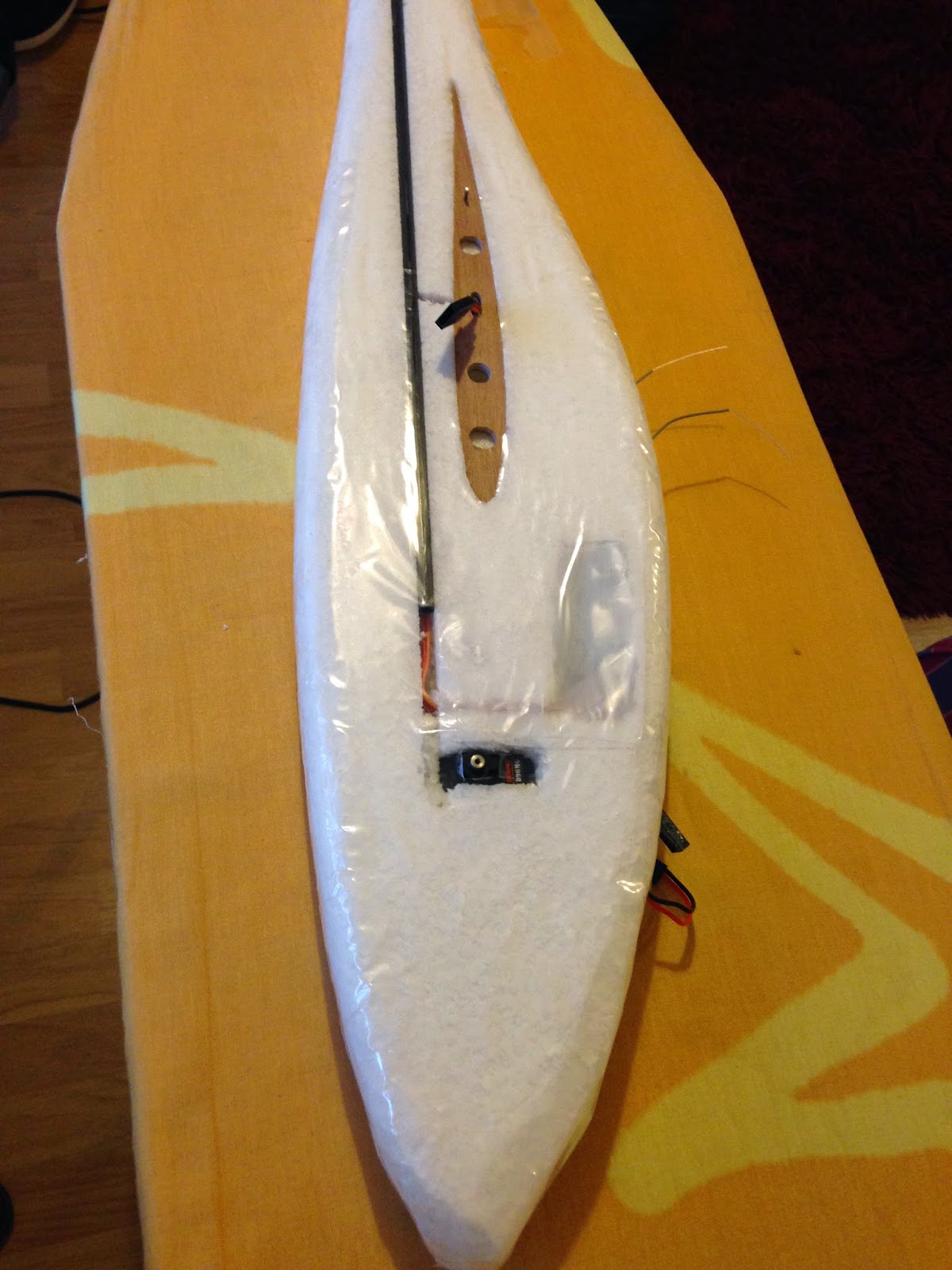 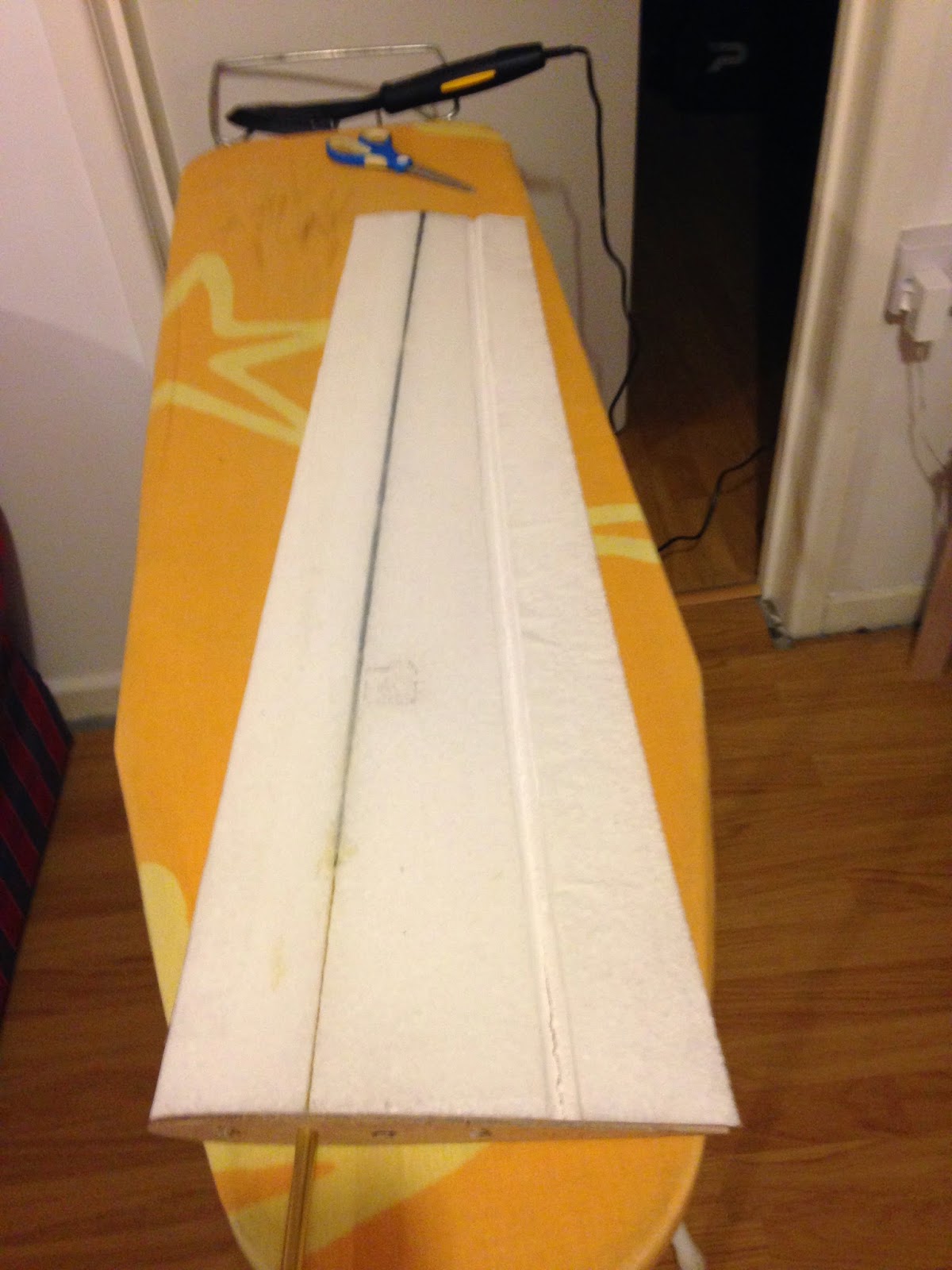 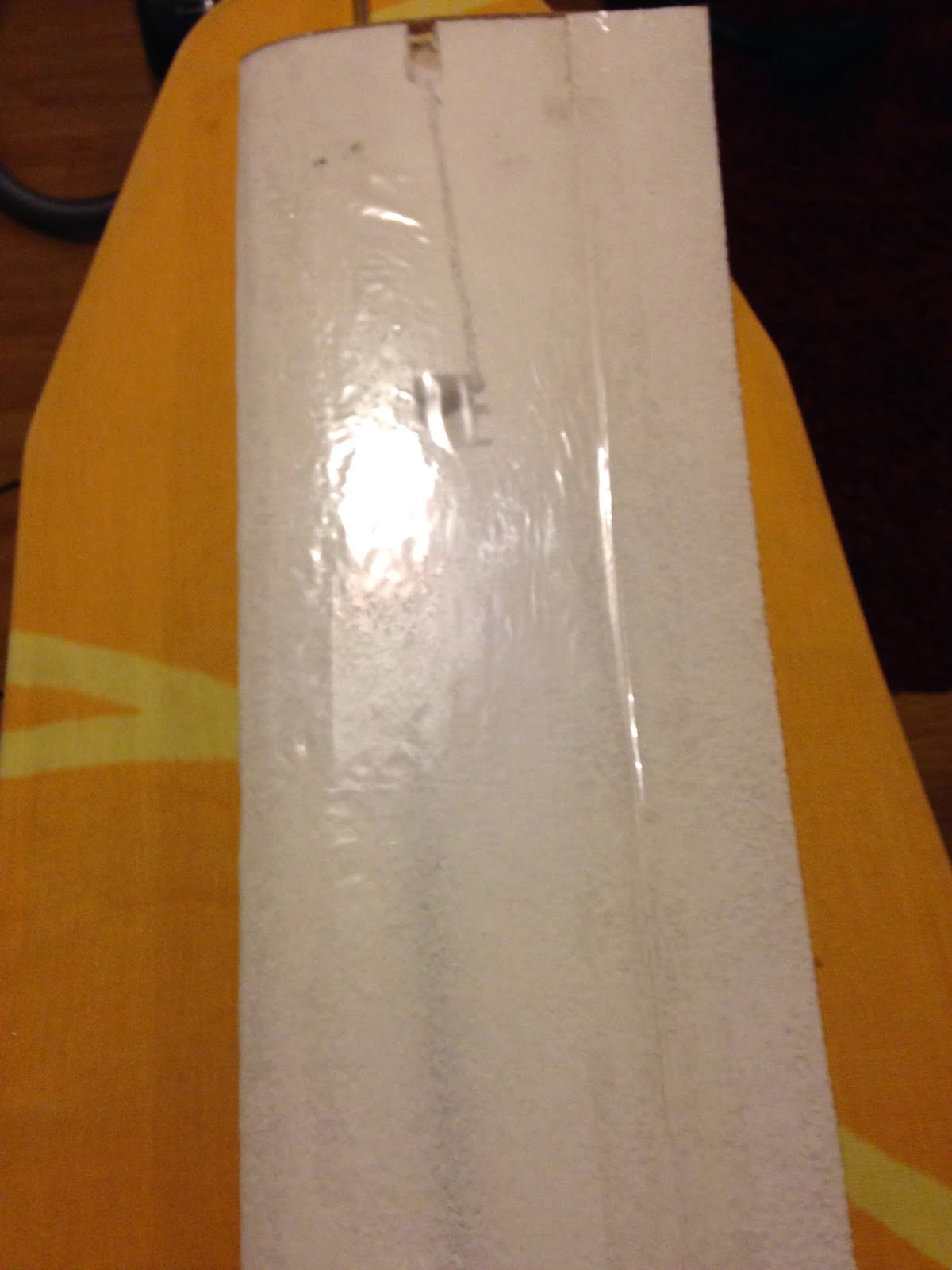 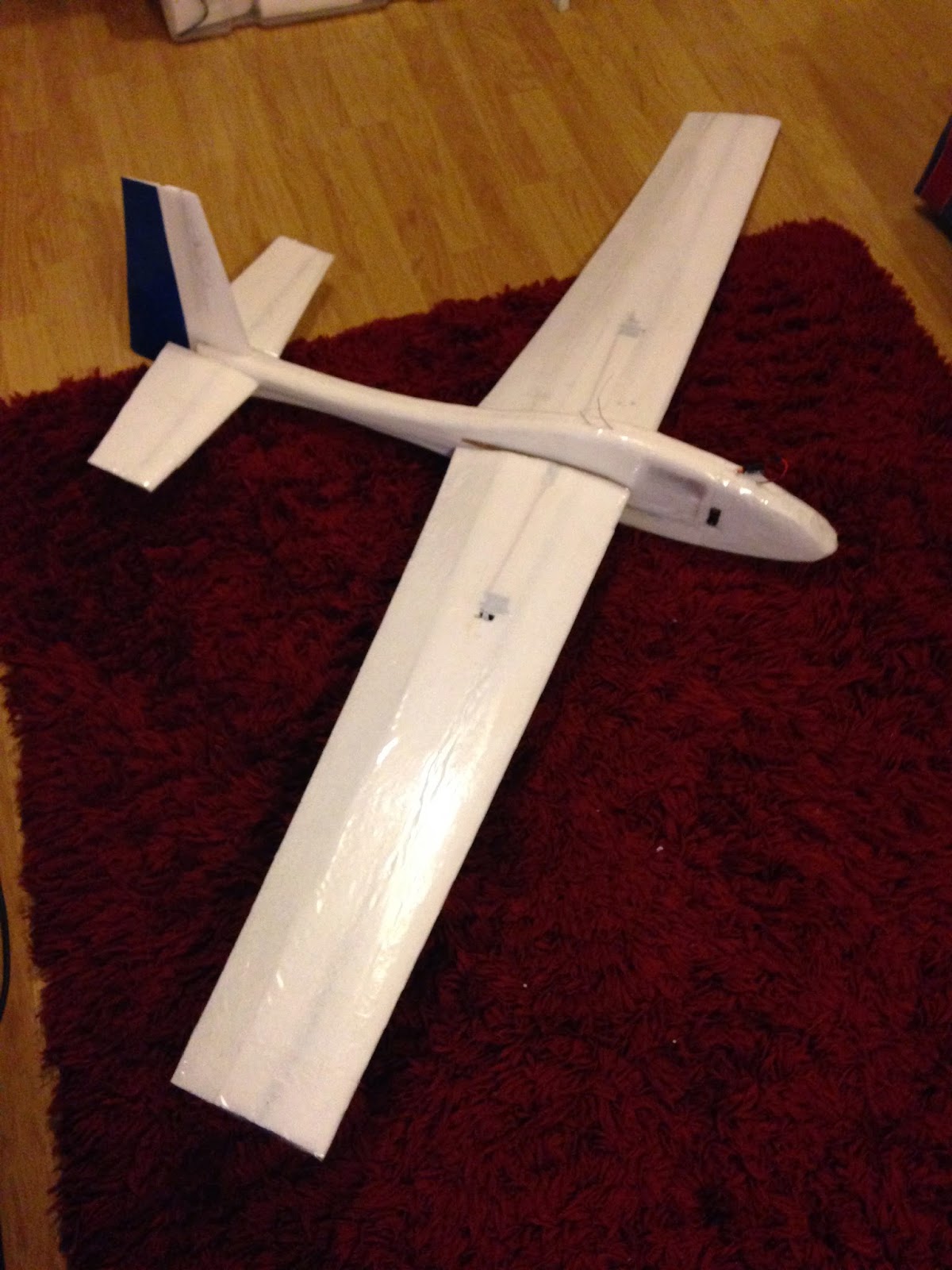 Well what a fab weekends flying that was! Mark, Chris and myself flew on Mickey's slope at the Bwlch where the air was booming but, it was flippin cold up there. You wouldn't have believed it is still only August. Brrrrr!

Here are a few pics Chris took of the landscape there. 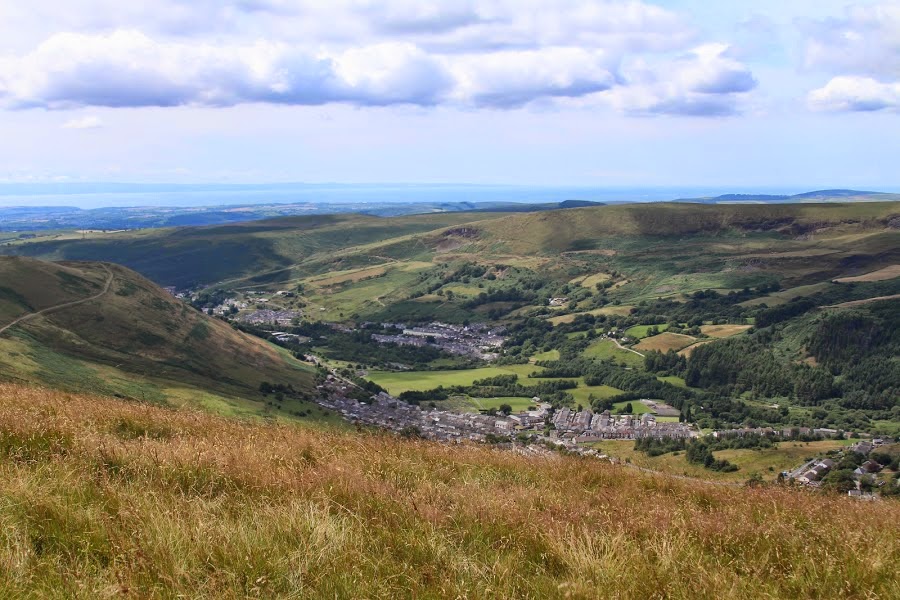 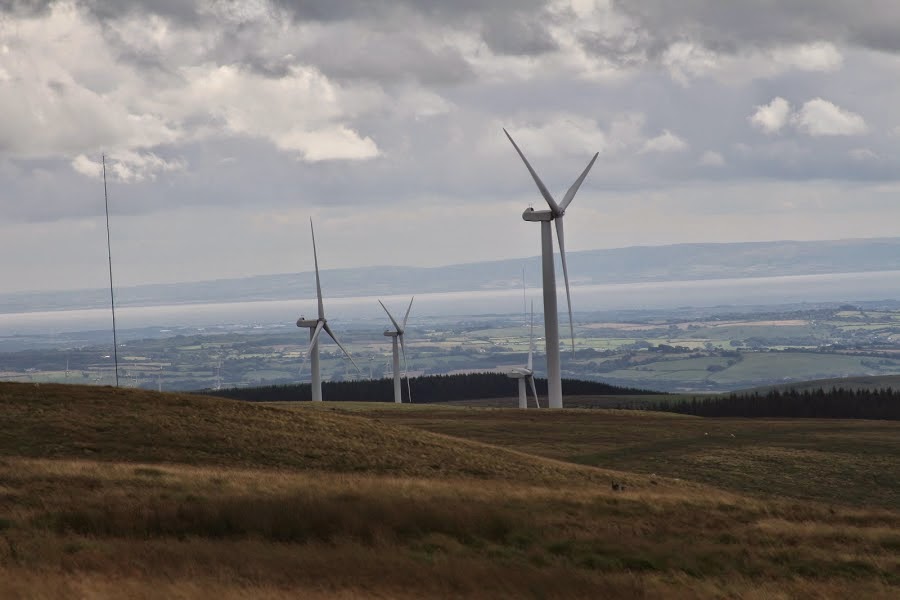 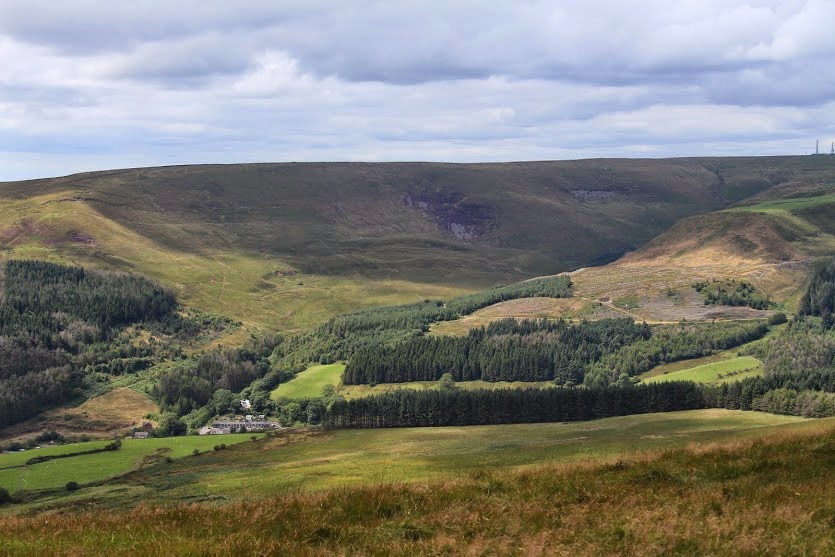 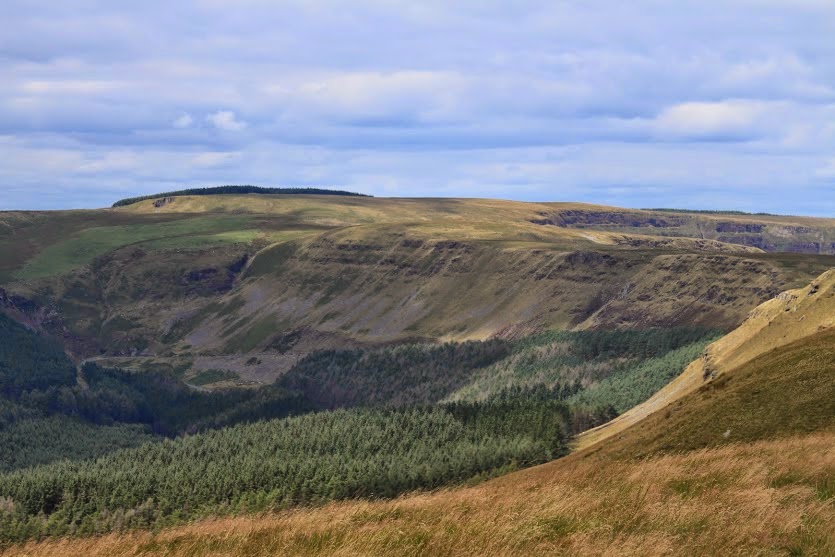 Sunday saw Myself, Mark, Chris, Phil & Wayne at the Abertysswg slope where again we had booming lift. A few locals turned up too with foamies and at one stage I think we had 8 in the air at the same time. 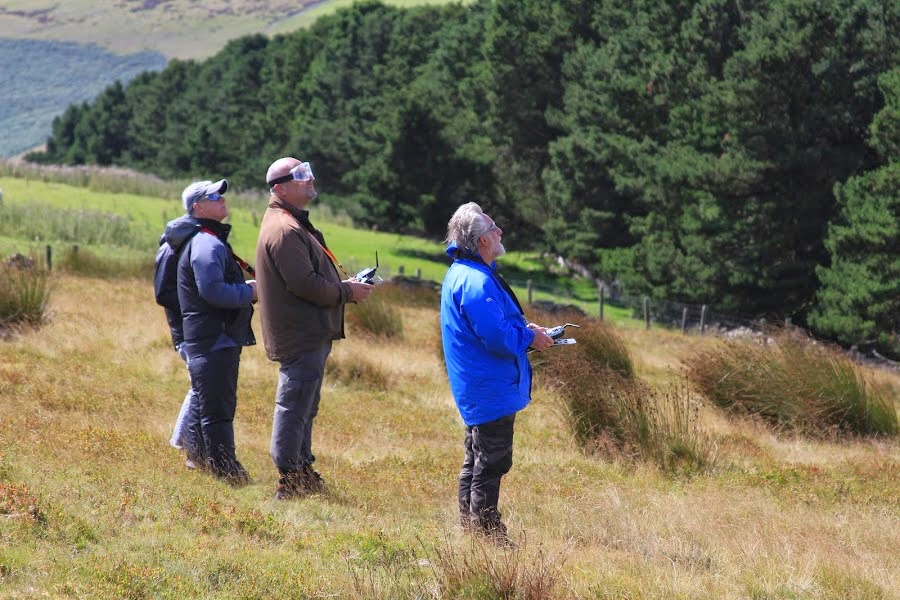 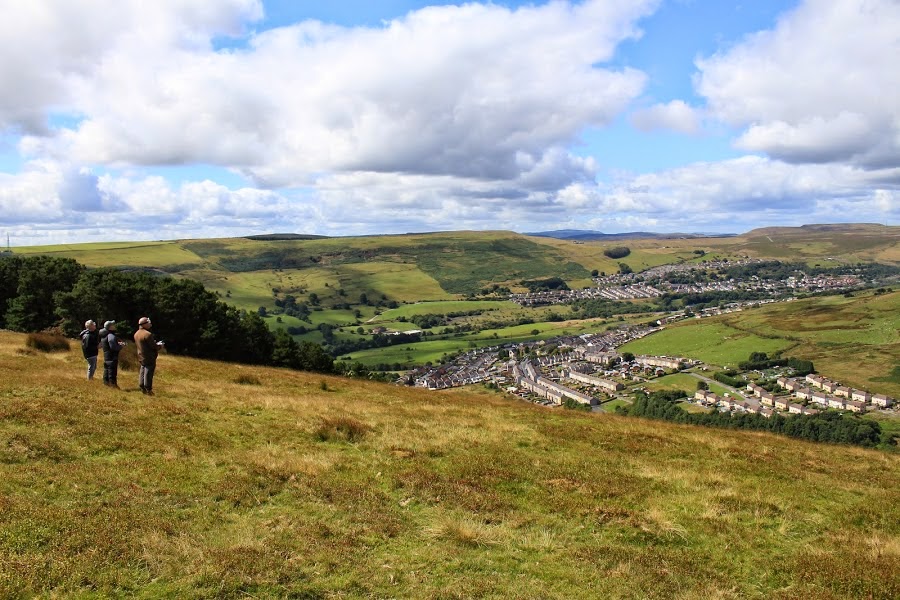 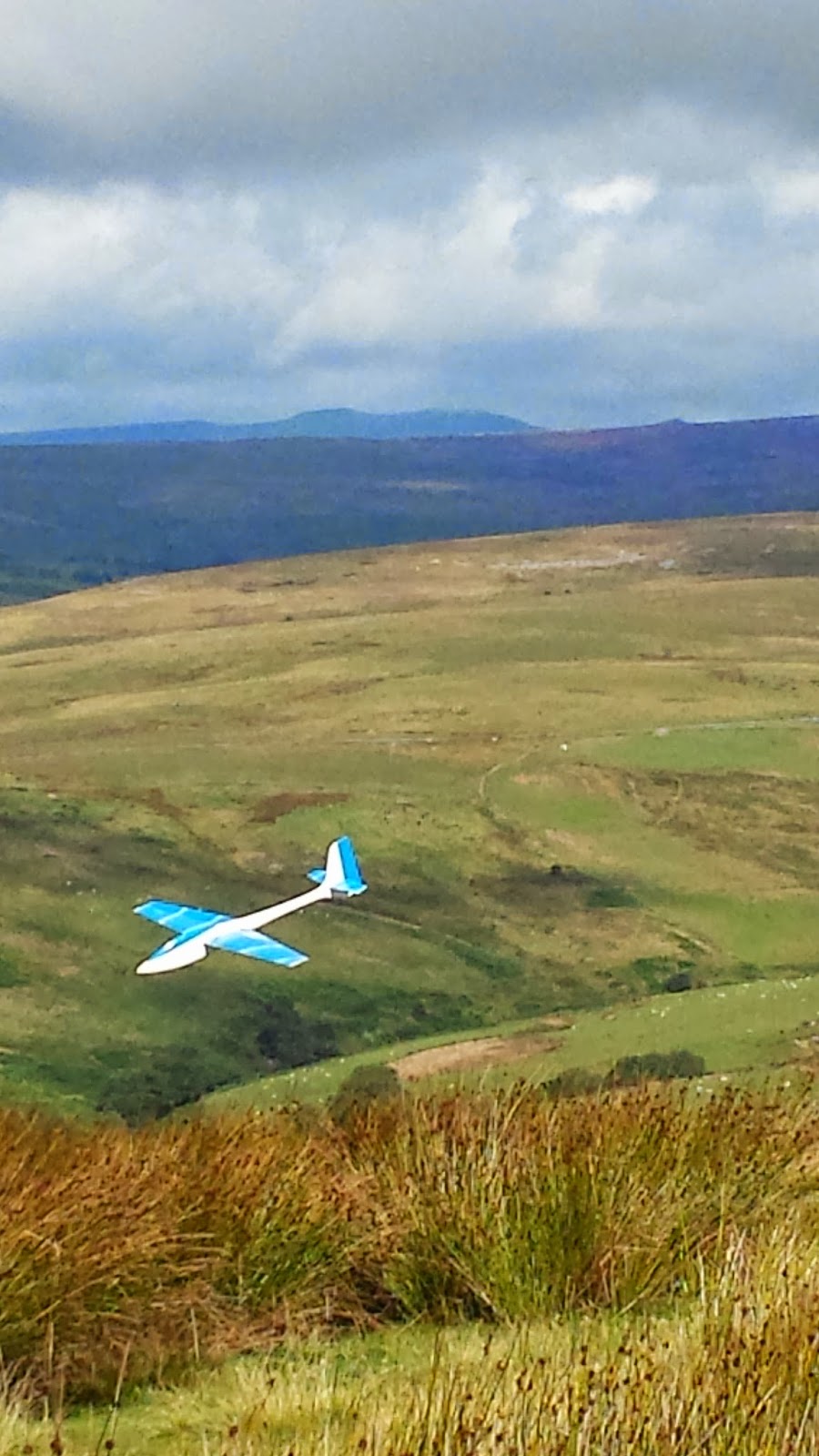 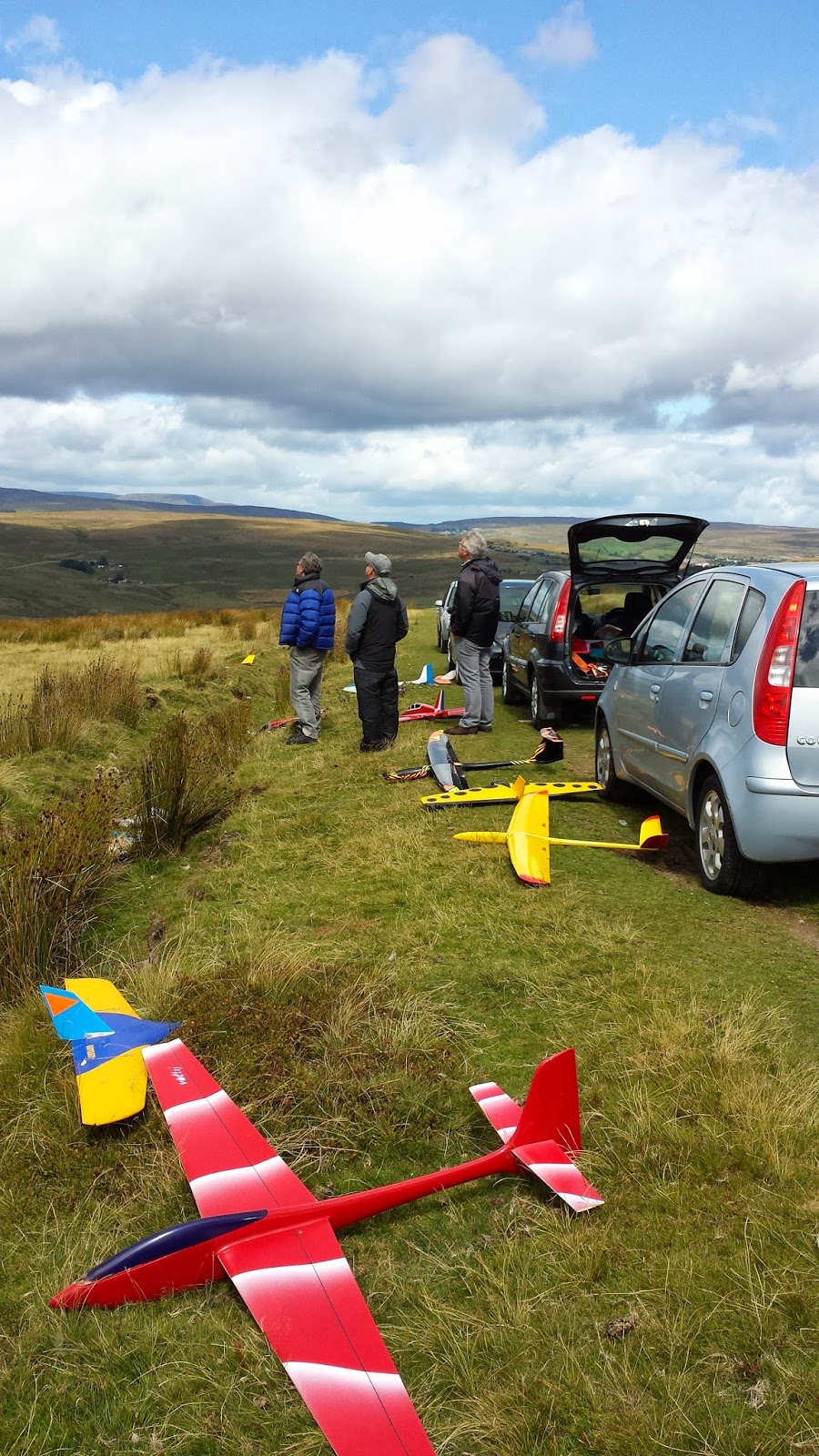 I pinched this from another blog but I liked it so thought I would spread the word. 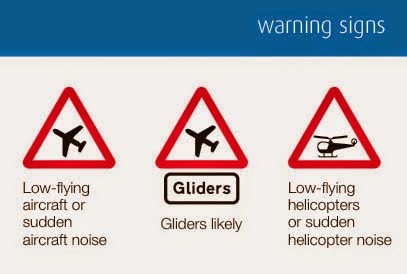 Well the forecast for this weekend seems ok with some dry weather ahead, wind westerly in the teens mph wise, so I guess a trip to Mickey's at the Bwlch is in order.

I've finally got around to building the Traceur, VTPR aerobat. The fuselage and tail feathers are done, tomorrow evening I'll sort out the wings and then that'll be it for this week. Next week I shall look to cover it in laminate film and add some decoration. I just need to purchase some snap link connector extenders to fit onto the snakes for rudder and elevator. So a trip out after work one evening may be on the cards to give it its maiden flight.

There are no instructions with the kit so it's a case of thinking carefully about how you're going to build it. As it is, I have made one or two errors but have managed to get around them. I will post a build blog once the plane is finished.
Posted by SteveH No comments:

I met up with Phil and Mark on Thursday after work but the top of Meio didn't have enough wind to create any lift. I'd taken the high start with me also but the folliage on the top is about 3ft long and I felt that the line could get caught up so I didn't want to risk a launch.

After a while of chatting, the wind picked up to a very marginal, will it, won't it, speed. What the hell, and I threw off the Whisper. Now I love this plane as it will fly in the lightest of breezes or 30mph quite happily, and I needn't have worried as she flew straight and level.

I couldn't gain any height but it didn't look like it was going to sink to the point of me having to land out.

Phil was flying his Libelle and Mark had his Xperience Pro back from having a repair done. So we all managed a little bit of flying, which is better than non.

Saturday and I met Chris and Mark on Meio once again. We had a good, stiff breeze blowing in our faces, the lift was great and so was the flying, until the showers arrived, which brought an end to that session. So I'm keeping my fingers crossed for next weekend.

Sun, wind and gliders too

Firstly I would like to say welcome to Andrew who came along to the Bwlch a couple of weeks ago to see what we at A470soaring.blogspot.co.uk do at the weekends. Andrew must have been impressed because he turned up at Meio Common with a Wildthing 60 today. With a bit of work the lads got his plane set up on his tx and it was out on its maiden flight and being trimmed out.

It wasn't the best day conditions wise to get Andrew on the sticks. The lift wasn't great, it was blustery, thermic, with big sink too. Hopefully in the weeks to come we will have better conditions to give him some stick time.

On the other hand, Wayne is now doing really well. His confidence is building with each flight and he seems to be loving it.

We did manage to get some flying in and were joined by three guys from the Gaer Park MFC who couldn't fly their power models due to the windy conditions at their flying field near Marshfield, between Newport and Cardiff, so they came to the Meio to get in some "proper" flying ;o)

The weather for the coming week looks unsettled but hopefully it'll calm down for next weekend. So we hope to see you on a nearby slope soon.
Posted by SteveH No comments: