Well here it is, the long awaited video of the PSSA Fly for Fun meet near Abersoch in N Wales. It is over 7 minutes long so make a cuppa, sit back, relax and enjoy.

As another weekend looms we all keep a close eye on the weather forecast to see if and where we are likely to be flying.

Saturday looks like it starts off with a north westerly, veering to westerly later with a strong enough breeze to make flying worthwhile. I have some chores I need to do in the morning but I will probably get to Meio for around midday ish for a couple or three hours.

I have been resurrecting my old Speedo to take away with me on holiday to Cornwall in a couple of weeks time, so I need to check that out and ensure it's balanced properly and all the throws are correct etc, and Saturday is looking like being the perfect day to do that.

The weatherman keeps changing his mind about Sunday, but XC Weather is currently showing about 2 - 5 mph with the direction all over the place, and the BBC are saying something else, so who knows? If that is the case, and the sun does decide to make an appearance, then I will charge up some lipo's and head to Meio again for some thermal soaring. Meio can be really good for that as it seems to generate good, strong thermals.

Well what a fab weekends flying that was up near Abersoch on the Lleyn Peninsular!

I arrived around 1.15 PM at Annes place on Friday and set up camp. Mark Kettle and Helen had arrived the day before and were out cycling around Abersoch, and I was joined shortly after by Andy Meade, Thistle and Bramble, the lively dogs.

The wind was very light but Andy and I took a couple of models onto the west facing slope just at the back of Anne's house and had a few minutes easy flying, taking in the glorious sunny, warm weather and the calm glistening Irish Sea.

That evening, we all got together for a beer or two, and have some food over a chin wag. David Gilder turned up showing off his new Airbus in FedEx colours.

Saturday morning arrived with more glorious sunshine but little wind. What wind there was, was coming in from a south westerly direction, so we headed off to Cim Farm, a ten minute drive away. This is a nice little slope with great views of the beach and coastline.

On arrival the breeze was very light, about 5 mph I would guess, and myself along with a few others brought out the light thermal soarers and cruised effortlessly along the slope. But as the day progressed, so the wind increased, until we had probably about 17 mph.

Up went the Jet Provosts, Vulcans and a few other PSS models until Andy Meade launched his very large B52 bomber, which flew very nicely indeed. My Impala also took to the air and performed nicely also.

After the days flying we headed off to dinner at The Ship in Llanbedrog, sunk a couple of beers and chatted about the days flying and the prospects for flying on Sunday.

Sunday morning I peered out of the tent to see drizzle and thick clag. This was not what I wanted to see. Anyway, I prepared the Impala and the EE Lightning and headed back to Cim Farm again.

On arrival the clag had lifted, the wind was blowing at probably around 20 MPH and flying took place straight away with Andy Meade maidening his correx Mig-3, which was a little tail heavy and very pitchy.

All manner of models took to the air, Jet Provosts, Vulcans, Sea Fury's, Hawks, etc etc and everyone had a great time.

I did take plenty of video but it'll take me a few days to work my way through it. I also have to pay for and download the latest version of my video editing software as my older version will not work with Windows 10. So a video will appear at some stage.

I am now looking forward to the next PSSA meet here in S Wales in September. I just hope the weather plays ball as I have been bragging so much about the fabulous slopes down here.

The proposed visit from the guys of Slope Soaring Sussex to the Bwlch, planned for this weekend, has been cancelled due to light winds forecast for Friday and Saturday and rain coming in on Sunday.

I'm sure you local guys will be out on Meio or Mickey's enjoying the sunny weather on Saturday and making the most of those booming thermals coming in. I would estimate that with a 9 mph wind forecast, that could probably give you 15 - 18 mph on Mickey's, more than enough for a good days flying there.

I shall be loading the camping gear into the car this evening and making a start to Abersoch from about 9 am tomorrow. I shall be taking the EE Lightning and Impala as my PSS models, and the Whisper, Climax Compact E and possibly the Libelle DLG if I can squeeze it in the car. This will give me options to fly whatever the wind speed. Andy Meade is staying at the same camp site as me and should be arriving around about the same time too, so hopefully we can get an hour or two flying once we're set up.

I believe Phil has purchased Andy's PSS Jet Provost, so I'll be squeezing that into the car to bring it back with me. I shall look forward to seeing Phil flying that. It seems Phil has found his niche in the world of slope soaring with the PSS thing. I think also he should join me this winter in taking part in the PSSA mass build project, which is the Douglas A4 Skyhawk. Come on Phil, you know you want to :o)

Well that's enough of me wittering on. Have a good weekend all and I'll catch up with you on my return from N. Wales.

Back of Wrecker Video

I upgraded my computer OS to Windows 10, but that meant that my video editing suite was not compatible with it, so I've had to use a different system. Hopefully by the time I have another video to edit, I'll have a new editing suite.

Anyway, this video was taken on the Back of Wrecker at The Bwlch. The wind was veering off the face a lot and the lift coming and going, until about 2 pm when it stabilised a bit.

Mark was giving his new RCRCM Schwing a bit of an airing, followed by Phil with his correx Mig-3 and my correx Impala.

Sunday at the Bwlch

Mark, Phil, Josh, Wayne and myself met up on Back of Wrecker yesterday for some flying. The weather was sunny and warm but the wind was south easterly, so it was a little off the face but as it happened, not by much. However, for the first few hours it was very hit and miss with the lift coming and going until around 2 PM.

Once it did improve we had a good hours flying before the wind became a bit turbulent and hit and miss again.

Mark was flying his new RCRCM Schwing, and what a quick machine that is. Josh, Phil and Wayne were flying there foamies and Phil and I flew the correx Mig 3 and Impala.

It was the first time I'd flown the Impala at the Bwlch and it absolutely loved the big lift.

Anyway, here are a few pictures to put you on until I get a chance to sort out the video.


Me about to launch the Impala 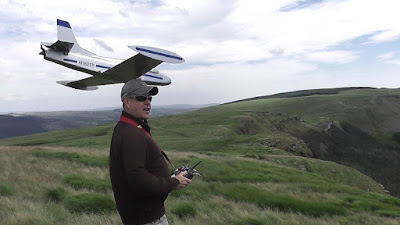 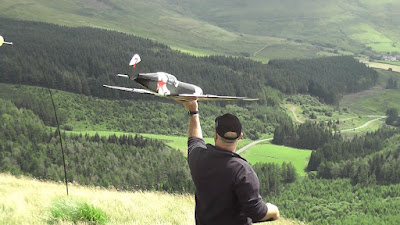 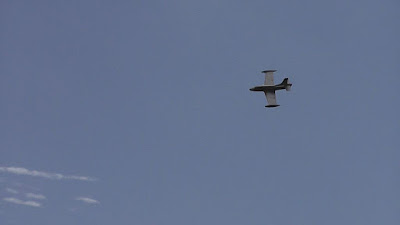 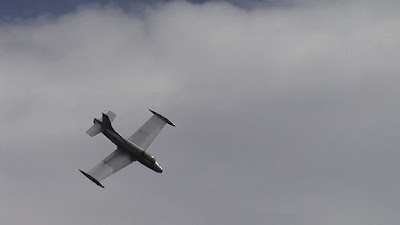 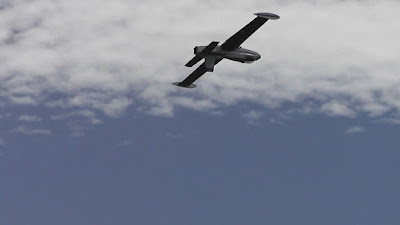 Phil & Josh waiting for the lift to pick up 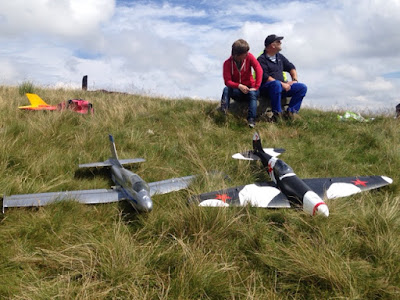 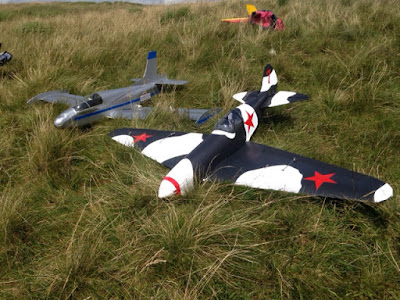 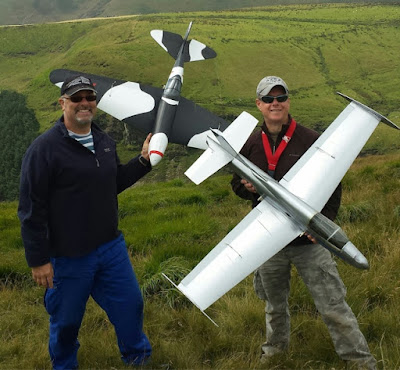 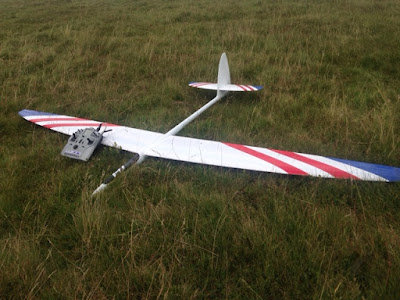 Hi all. Well Mark, Chris & I had a good afternoons flying on the Meio, with wind speeds in excess of 20 mph and great lift.
I flew the Impala several times to finally get the C of G correct, which I did. It will now fly inverted with only a little down elevator stick. Put her in a dive to build up speed and it will loop but still tends to flip over at the top 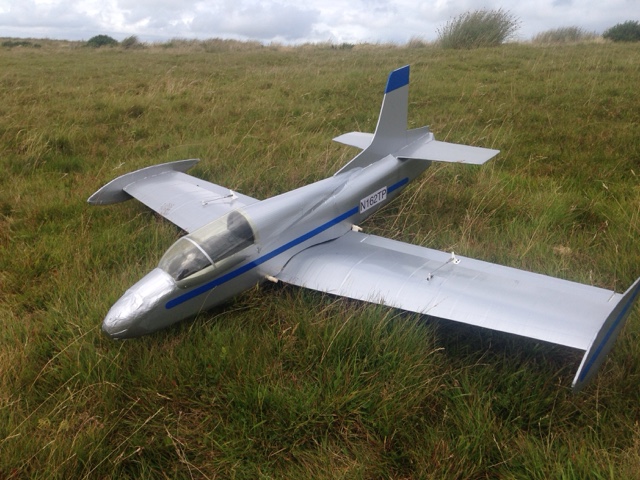 Mark had his new RCRCM Schwing, which seems to be a pretty quick machine and certainly made the most of the good lift conditions today. 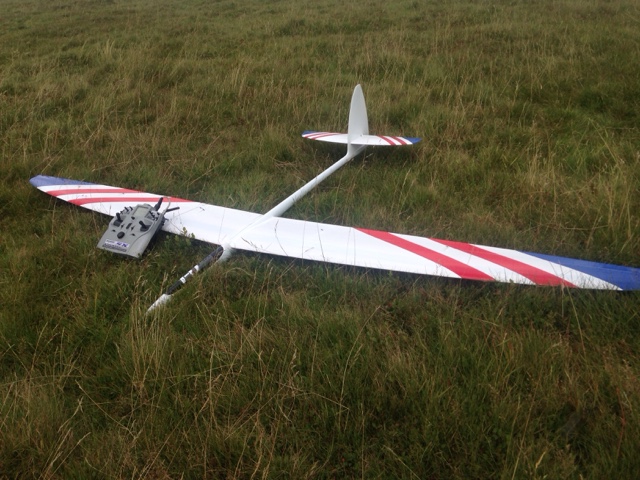 Tomorrows fun takes place on the Back of Wrecker at the Bwlch, and with a good wind forecast it should be a good day.
I hope to see some of you there.
Happy flying.
Steve
Posted by SteveH No comments: