Well another weekend is upon us and for once it looks like we may get some flying in on both days.

With light winds forecast for both days, a south westerly on Saturday, I may just head up to the Meio around about lunch time for a couple of hours and give the Impala another chuck to see if I've got the C of G right before next weekends PSSA meet in N Wales.

Sunday is looking like a light south easterly, so I think Back of Wrecker at the Bwlch is going to be the place to be, hopefully with that breeze blowing up the valley we should get something close to 20 mph on the ridge, enough to keep most models happy.

I shall be getting the PSS EE Lightning, the MB-326 Impala and maybe a couple of light wind sports models ready next week for Friday's drive up to Abersoch on the LLeyn Peninsula for the PSSA Fly for Fun weekend, 8th & 9th August. With any luck we'll get a bit more wind than the last meet in Llandudno in June where we only had between 9 - 12 mph.

Paul Hampshire and a few of the guys from Slope Soaring Sussex are visiting the Bwlch next Friday to Sunday. I think Phil is going to meet up with them on the Sunday but I'm sure they'd be happy with some local company should anyone be available to fly on Friday afternoon or Saturday also.

So that's about all for this week, have a good weekend and I hope to see some of you on the slopes.

Well, I finally have some video of the the Impala in flight.

The wind was light at an estimated 12 - 16mph, so only just enough air as my correx guru Phil stated to me.

I had removed 30 grams of nose weight after the maiden flight as it was pulling out quickly from a dive test. This time it still pulled out, but only gently. I will remove another 10 grams which will hopefully make the C of G spot on then.

So here it is, the Impala flying on Meio Common.

I decided to head up to Mickey's on Saturday for a couple of hours flying as the weather was dry and a good breeze blowing.

I did load the Impala in the car but as I approached Cardiff I realised that in my haste to get out the door, I had forgotten the wing bands and dowels for holding the wing on. Doh!

I did enjoy the 20 minute walk along the track to the long, lush, grassy, westerly slope and set up the Signal.

I gave it the old heave ho and off it went, and it rose up and up and up, with the spectacular lift that Mickey's is so well known for.

I could perform all the usual aerobatics with ease, with huge loops from level flight, and pulling up to do a stall turn the model just seemed to go on and on vertically for ages before eventually running out of steam and I kicked in full rudder. I also had a couple of goes at performing the rolling circle, which went well until the very last bit, when turning towards me from the left when I bottled out. So I'm about 80% there. Next time eh!

I had a few good long flights, without seeing another soul up there before packing away, as I was beginning to feel cold.

My next two weekends are fun packed doing other things but I may be able to sneak in the odd flying hour on the Meio.

So until next time, happy flying.
Steve

P.S. Here's a pic of my completed correx Impala. 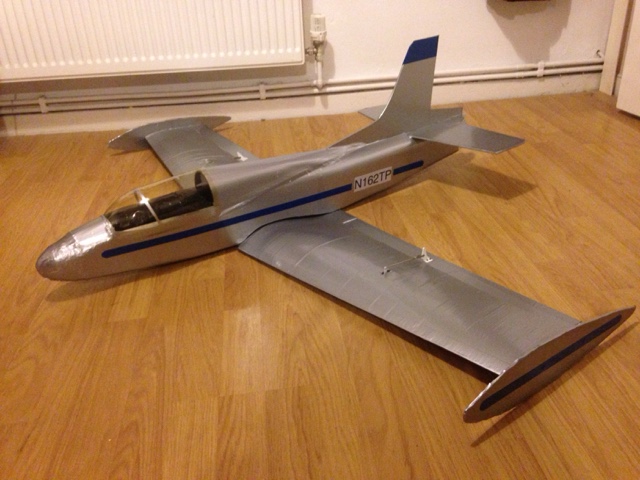 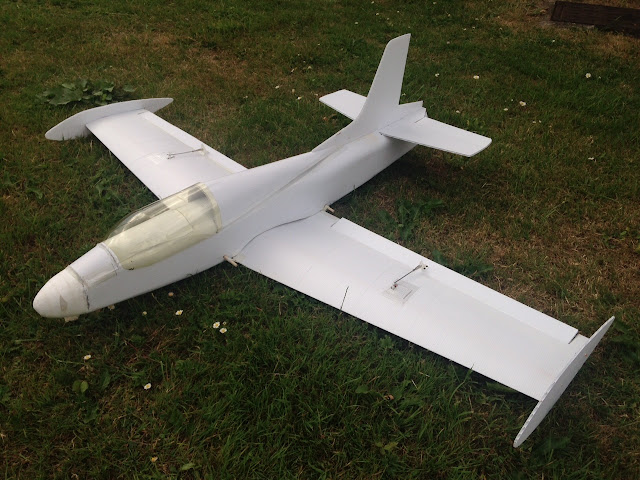 Well it's looking like Saturday is the day to fly as Sunday looks like being heavy showers with some thunder & lightning thrown in for good measure.

I am heading to the Bwlch first thing in the morning and conditions are looking good for a few hours on Mickey's, with 15 - 18 mph wind forecasted, so Mickey's could easily see 25 mph on the ridge. Just right to maiden my correx built Impalla!

I hope to see some of you up there.