Well Saturdays weather turned out as expected with rain showers, and boy were some of those showers heavy, and frequent too, so I don't think anyone locally to me went out flying.

Sunday morning was looking fine but I had to go out on a 10 ½ mile (17 km) training run as I'm taking part in the Cardiff Half Marathon on the 2nd October. This meant I wasn't going to get up to the Bwlch until about 1 pm, but that was fine as it would have given me a few hours flying time.

Before hand, a few of us had decided to make this a PSS day as none of us had managed to make it to the official PSS weekend in N Wales the previous weekend.

Upon arrival at the Bwlch, I unloaded the car and swung my rucksack containing my Hawker Typhoon onto my back, but I noticed that the sky was beginning to darken.

I know there was rain forecast to come in but it wasn't supposed to be until later in the afternoon or early evening, but I began my trek along the gravel track to Mickey's slope anyway.

By the time I had reached the south west facing slope, I could see the boys in the distance on the western slope but, it was beginning to rain, and I could see the cloud base had descended to a very low height, but I continued walking.

By the time I reached the lads, it was raining solidly and you could only see about 70 metres into the distance because of the clag. Looking at it, we all decided it wasn't likely to clear anytime soon and so the lads packed away and we began the trek back to the cars.

Previous to my arrival, the lads had managed to get some good flying in. Phil had brought along his recent acquisition of an AVRO Vulcan, as well as his Hawk. Josh also had a Hawk and Ron had his F16 Fighting Falcon. Mark doesn't fly PSS but he had his Baudis Pitbull F3F. 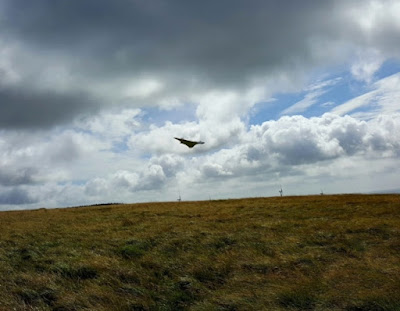 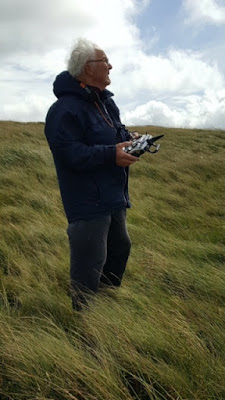 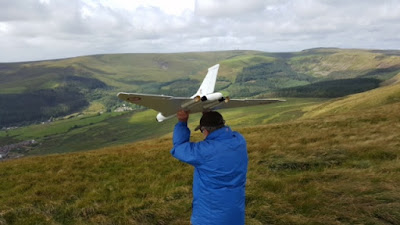 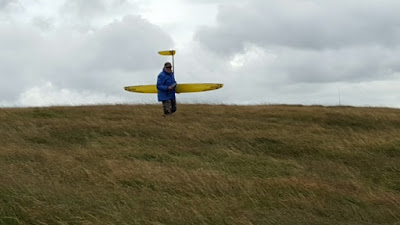 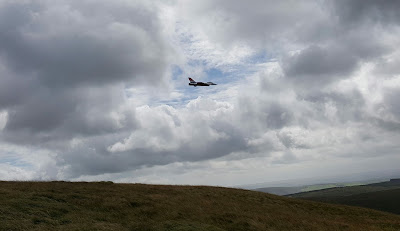 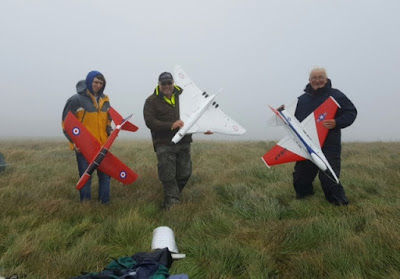 Thanks to Phil for the pictures.

I am away on vacation from Wednesday for 10 days so this will be my last post for a while, unless Phil wants to make a post in my absence? In the meantime, happy flying.