So back in March I purchased from Paul Hampshire at Slope Soaring Sussex, a Flair models English Electric Lightning PSS model, which had been stripped down to the bare balsa.

So with this in mind I got down to doing some refurbishing. There wasn't that much to do really apart from a lot of sanding down, which it really needed before the iron on film went on.

It's been 35 years since I last applied shrink film to a model and I was really impressed with the stuff I bought from Hobby King, which was a fraction of the price of the more popular brands but I found was applied very easily and shrinks very well. In particular the backing peeled off very easily. I will definitely be using this stuff again.

I had originally got some paint to apply to the plastic canopy, but then as I looked at it, I had an idea and tried a different approach. This was to use coloured parcel tape which I just happened to have in the right colours. It took a bit of shaping and may look a little rough around the edges on close inspection, but from a few feet away it isn't noticeable.

So what's left to do? I have to spray paint and attach the belly bulge, find and fit a pilot figure, fit elevator & rudder servo's, battery and RX, buy some decals and chuck it off a hill on Sunday. 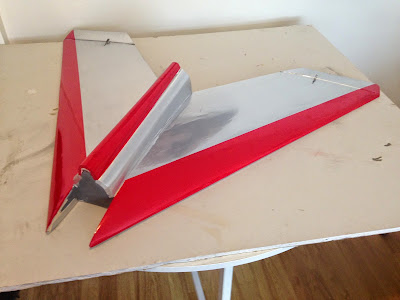 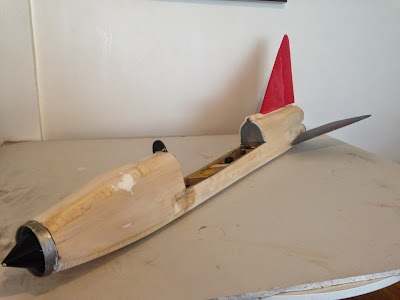 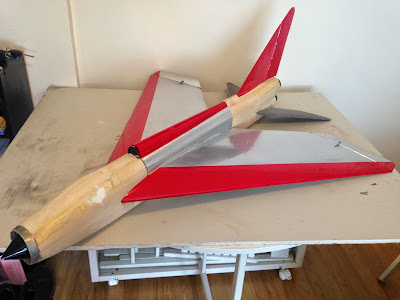 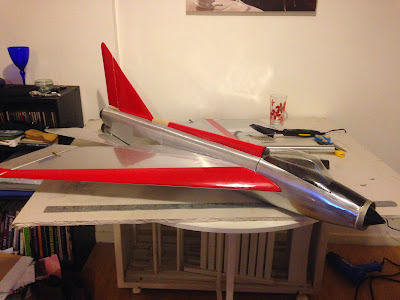 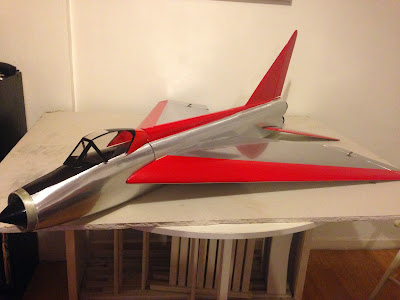