So you guys remember I acquired the PSS Hawker Typhoon. 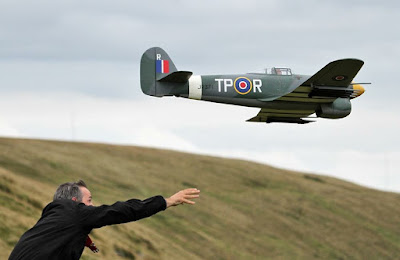 Well if you look closely under the wings you will see that this is fitted with rockets under each wing, which can be released before landing. 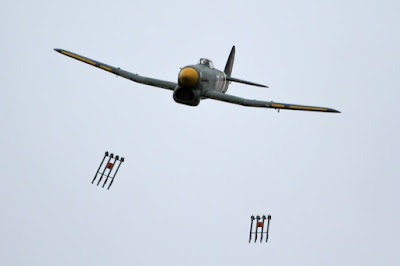 Anyway, I thought it would be a good idea if I fitted a couple of bombs under the wings to drop on a bombing run, and I found such a bomb at HobbyKing

These bombs are supplied with their own servo less release system, but I wasn't going to use these as I wanted to use the rocket release servo already in place. For that I needed to fabricate mounting plates. 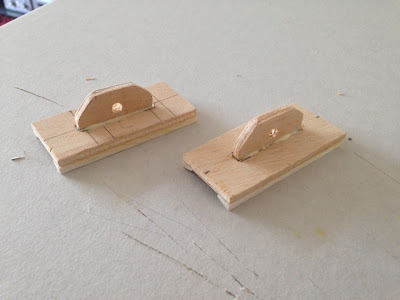 And then glue them onto the bombs. 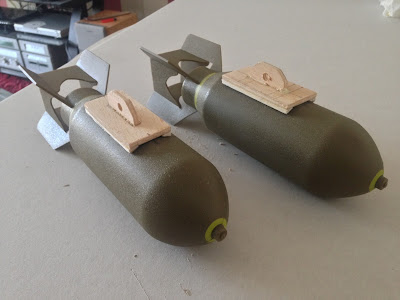 And fitted to the Tiffy. 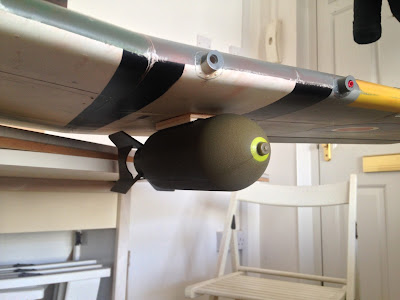 But better still, watch the video.