So yesterday I had decided I was going to go and do some flying of the slope variety. The weather forecast was for it to be cloudy with a 9 - 12 mph NE wind blowing.

Now this would normally mean flying at Fochriw for us, but with such low wind speeds I knew the para gliders and hang gliders would be up there in force, so I decided to seek out an alternative.

The Wrecker at The Bwlch would be my next obvious choice, however, there was a F3F competition taking place up there, so that was out of the question.

I remember, probably a couple of years ago, flying on a north facing slope on the top of the Rhigos mountain with Mark and Roger, and it had been Roger that introduced Mark and myself to the site. Roger called it Hirwaun Common.

Rhigos mountain is 1,690 feet high and overlooks the old and now derelict Tower colliery, but it still has an active surface mining operation. It has magnificent views across the Heads Of The Valley's road of the Brecon Beacons and the Black Mountains and has slopes facing north west, north and north east. I had previously flown the NW and N facing slopes, but never the NE slope.

I decided the easiest, and probably the quickest route for me to take to get there from Cardiff was probably by driving straight up the A470 to Merthyr Tydfil, then hang a left onto the A465 Heads of the Valley's road, following the signs for Hirwaun. At the roundabout with the entrance to Hirwaun Industrial Estate, I took a left to follow the sign for Treherbert, which takes you past the old Tower colliery on your right before the road begins to climb up the windy mountain road.

As the road takes a long right hand bend towards the top, there is a small entrance, marked by two wooden posts, to a small area where you can park a few cars. Or, if you don't fancy that, you can continue further along the road where there is a lay by with parking. This just means you have a longer walk. 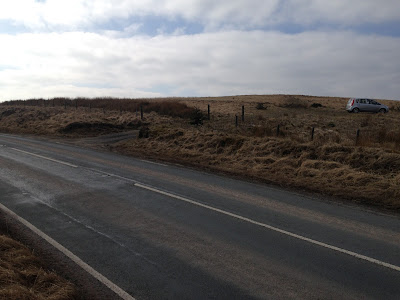 From there you turn left out of the car park, walking down the hill towards the left hand bend, and then you bear right off the road before the banking on the right becomes higher. 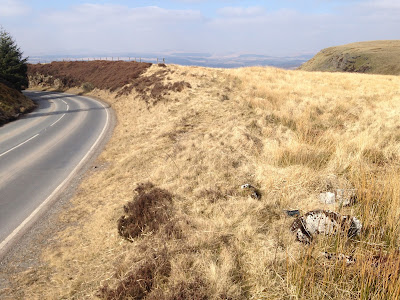 You then follow a vague track made by a vehicle towards a gate, then just continue through the gate and on up the hill following the track. 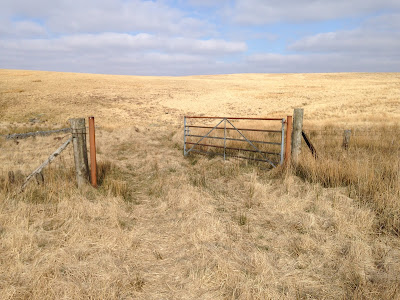 At this point, you can fly anywhere along the ridge on your left which is facing NW once the ground has leveled off. 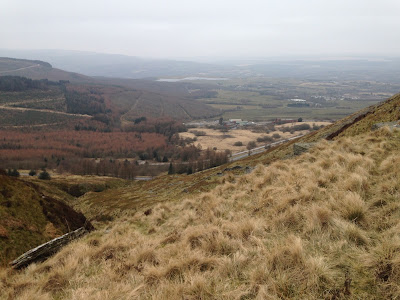 Then, 20 minutes after leaving the car, the ridge changes direction and faces north where, a curious steel post, about 30 cms across and 1 metre high sticks out of the ground. This marks the spot for flying in a northerly wind. The landing zone is perfect! It is flat and grassy with no rocks anywhere. 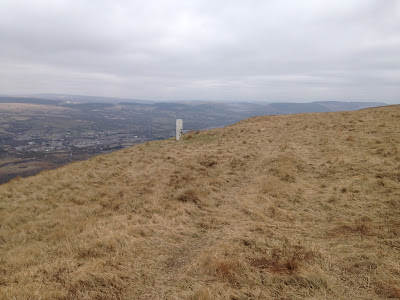 The surface mining operation in the picture below. When the sun shines, this area gives off some cracking thermals. 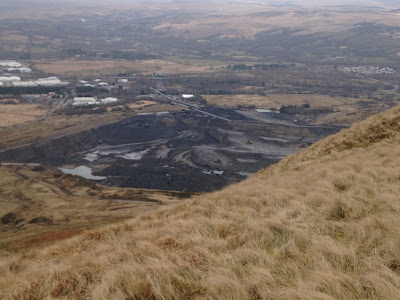 To reach the NE slope, you continue walking along the track for another 6 minutes until you reach a fence. Follow the fence until you find a piece with the barbed wire missing and sneakily climb over the top and walk down to the ridge line. 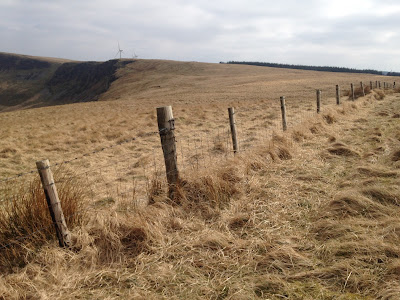 As you can see from the picture above, you could continue your walk along to the higher ridge. But this ridge is vertical at the top with a sharp leveling out at the top, and although it does produce great lift, (I know because I flew my model towards and along it), I suspect that there would be a great deal of rotor in the landing zone.

I was travelling light and only took with me the NCFM Moth, as this is quite happy cruising along in light winds and is very light to carry.

The launch was simple, nothing untoward happened and she rose into the sky nicely. The air was very smooth with no turbulence at all, which I expected. The wind speed was at best 10mph but it was gradually decreasing as my session progressed.

Landing was a little more difficult as the landing zone was sloping and the Moth was coming in pretty quickly, so I found a long traverse from left or right, keeping her low was the way to do it before turning into the wind, or even across wind. Even so, the model was still travelling pretty quickly in the light air. 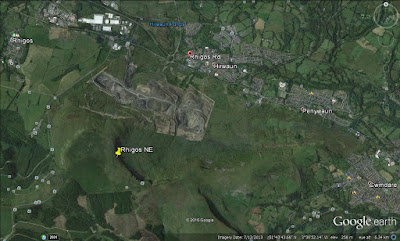