Well guys, this is it. All that was left to do was cover the beast.

So the wings were covered in shrink film from Hobby King, and the fuselage in Solartx. It's the first time I have used Solartex and I was really impressed at how easily it went on.

Once it was covered, I then gave the wing a second covering of 42 micron laminate film. This will protect the shrink film from the course vegetation on the slopes when landing. I'd noticed a few small nicks and tears in the film on the Polecat, so I'll be giving the Polecat the same treatment later.

Hopefully the weather will be kind this weekend so I can get out and maiden her, we'll see. 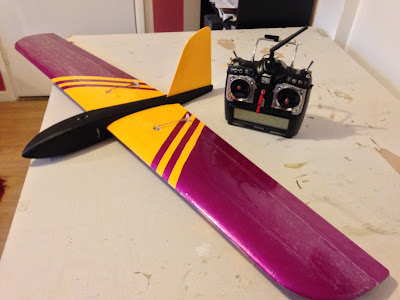 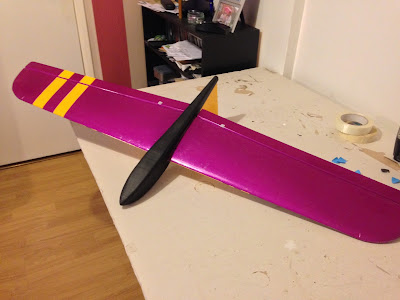